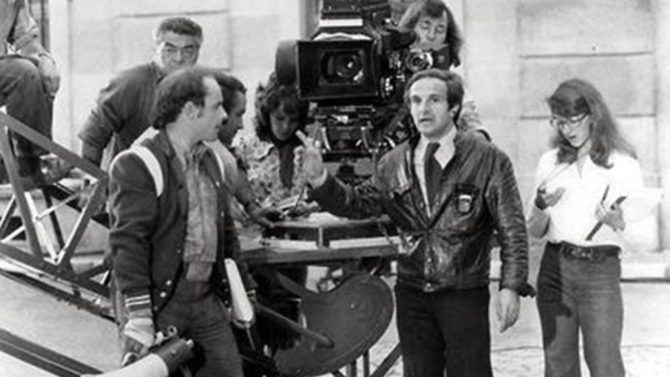 With the 26th French Film Festival just around the corner in November, we explore some of the landmarks of French Cinema history.

When Antoine Lumi?re achieved the first projection of a moving picture in Paris in 1895, France’s place in cinematic history was ensured. Four main companies dominated the early days of film in France, with names such as Gaumont and Pathé entering the everyday lexicon of cinema, enduring even today.

From that point on, France’s innovation in the arena of film and cinema grew steadily, managing to limp through the lean years just after World War I, to develop landmark styles such as Impressionism and poetic realism with directors such as Jean Vigo, Jacques Feyder and Marcel Carné.

In 1945 Carné’s Les Enfants du Paradis was released, after a difficult gestation during the Nazi occupation. The film, set in the theatre world of Paris in the 1820s, was nominated for an Academy Award in 1947 and voted Best French Film of the Century in a poll of 600 industry professionals in 1995. Francois Truffaut reputedly later commented, “I would give up all my films to have directed Children of Paradise.”

It was Truffaut, and contemporaries including Jean-Luc Godard, Eric Rohmer, Claude Chabrol and André Bazin who in the late 1950s and 1960s became the creative spirits behind one of France’s best-known and most influential film movements – the Nouvelle Vague or New Wave. Bringing a new gritty realism to both filming techniques and subject matter, usually accompanied by a hefty dose of iconoclasm and personal expression, the style was particularly popular with the disaffected youth of the time. Most of the directors grew up – and filmed – in Paris, contributing to the city’s still enduring status as the world’s coolest big-screen location.

The 1980s saw a renewed surge in the creativity of French cinema with the uber-cool Cinema du Look which championed slick and stylish filming, combined with introspective and alienated characters. Diva (1981), directed by Jean-Jacques Beineix, was at the forefront of this wave of directors, followed with great success by Beineix’s Betty Blue (37°2 Le Matin) in 1986, Luc Besson’s Le Grand Bleu in 1988, and Les Amants du Pont Neuf by Leos Carax in 1991.

Later years have seen the French film industry continue to flourish, with Paris still claiming more cinemas per capita than anywhere else in the world, and a creative output almost as high as that of the USA. Creativity is still the watchword, with films such as Delicatessen, Amélie and Brotherhood of the Wolf all weaving together whimsy, fantasy and realism to public acclaim.

The more international side of the industry has also expanded, with an increasing number of collaborations between French producers and directors with other countries, particularly the US. The French Film Commission offers a number of incentives to foreign companies wanting to use locations in France, including tax rebates, experienced and qualified local crew, dedicated agencies to provide assistance to foreign film projects, and of course, the quality and accessibility of the locations in the first place. We haven’t yet seen the end of chase scenes through the streets of Paris on the big screen.

The French Film Festival takes place at a variety of venues around the UK in November and December frenchfilmfestival.org.uk

Previous Article WIN! A copy of Last Year in Marienbad on DVD
Next Article Fred from First Dates takes a road trip to France