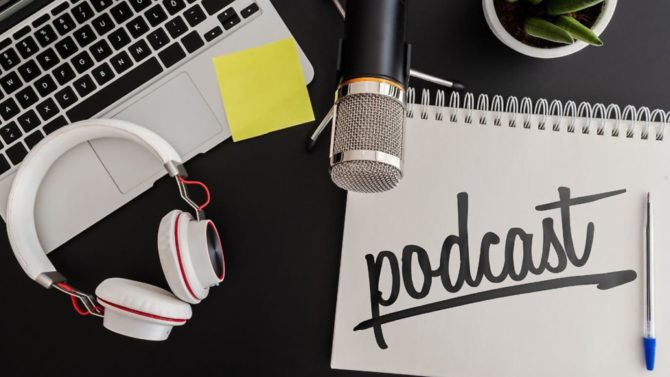 Whether you’re looking for travel tips, food and drink recommendations, insight into expat life or want to improve your French, there’s a podcast out there for you – here are just a few to plug into

Comedian, B&B owner and Living France columnist Ian Moore has now added podcast host to his impressive CV. The Monsieur So British podcast is based on his Monsieur So British blogs, which carry on from his two bestselling books, A la Mod and C’est Modnifique. Be prepared to laugh out loud as he shares stories of his life as “an Anglo-French comedian and family man, who runs a B&B, regularly has to wrangle goats and is utterly baffled by the world he’s created.”

Described as “a side dish to her bestselling book The New Paris”, The New Paris podcast is hosted by Lindsey Tramuta, a travel and culture writer who moved from Philadelphia to Paris more than a decade ago. Lindsey is joined by other local experts to discuss the people, places and ideas that are changing the fabric of Paris. In the first episode, she and co-host and fellow writer Alice Cavanagh delve into the highs and lows of expat life in the French capital.

Started by Australian journalist and Paris local Oliver Gee in 2017, The Earful Tower looks at a French or Paris-related subject in each episode, most of which feature a special guest. Recent episode topics include how to visit Paris like a local, things you should never do in Paris, and the culture shocks you’ll face in the city.

Join Us In France Travel Podcast

Planning a trip to France? Wondering what to do when you get there? And want to avoid the usual tourist traps? Hosted by Annie and Elyse, the Join Us In France Travel Podcast offers tips and advice to help you make the most of your holiday, as well as sharing insight into French culture and lifestyle. It’s also a great way to experience France vicariously each week if you can’t get there as often as you’d like, while those planning a move to France might want to start with the ‘Buying A House in France’ episode (#239 from June 2019).

Founder of the online guide to Paris cocktail bars, 52 Martinis, American expat Forest Collins moved to France in 2001 and is often referred to as Paris’ cocktail queen. She shares her cocktail wisdom and that of industry experts on her Paris Cocktail Talk podcast, which also covers new openings and trends. Be sure to listen all the way to the end for a suggested cocktail from Forest.

The Thing About France

One Thing In A French Day

Keen to improve your French vocabulary? In each episode, host Laetitia talks about her daily life in France entirely in French, and transcripts are available on the website with an indication of the language level. With each episode lasting around 5 minutes, it’s a great way to learn on the go and in bite-size chunks.

For those with a more advanced level of French, this podcast discusses the news in simplified French at a slow pace, with transcripts available to download on the website if you’re keen to make sure you’re following along. In addition to discussing the weekly news, each five-minute episode also looks at French expressions and grammar.

If you’re keen to put both your language and culinary skills to the test, France Bleu’s Gironde-based Le Grand Miam (the big yum) podcast brings you easy French recipes every day from Monday to Friday. Each hour-long episode is based around an ever-changing ingredient of the day, and is a great way to immerse yourself in the world of French cuisine.

Author of My Paris Market Cookbook, Emily Dilling explores the Paris food scene including restaurants, markets and events in her monthly Paris Paysanne podcast. She also speaks to guests who are doing exciting and interesting things in the French food world, from craft beer brewers to cookery school owners.

Three French drinks you should be making cocktails with

Previous Article Skype lessons help expats use French confidently
Next Article Janine Marsh: Anything can happen on a promenade in rural France