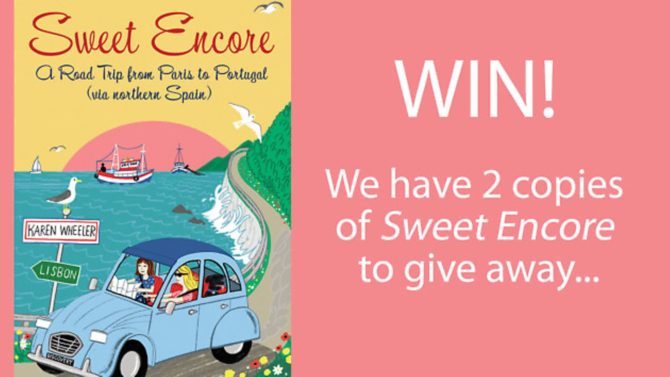 The long-awaited sequel to Tout Soul: The Pursuit of Happiness in Rural France, Sweet Encore is the fourth in Karen Wheeler’s series of memoirs about village life in Poitou-Charentes.

This time she embarks on a 2,000-mile road trip starting in the French capital and travelling south via Poitiers, accompanied by her niece and her dog Biff. During the trip she learns how to hang out with surfers in Biarritz, discovers Lisbon’s best-kept secret and, as she ventures back home, finds that there’s a new expat in the village: one who has already ruffled the feathers of the locals.

Written with wit and flair with an immediacy afforded by its first-person voice, the story features a mix of badly behaving expats and quirky French locals and includes various anecdotes from Wheeler’s former career as fashion editor of The Mail on Sunday, such as meeting Carolyn Bessette-Kennedy in New York and attending a dinner party with Madonna.

It’s more than just an expat story: there is humour, beautifully descriptive travel writing and a good helping of rural French idiosyncracy making it an engaging read for all Francophiles. At once it makes you wish you were there but also feel that you’ve been.

We have two copies of Sweet Encore to give away. The closing date is 15 November 2016.