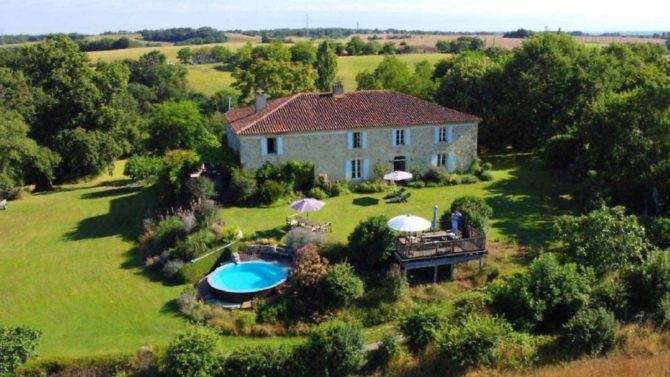 Historically, it has been the popularity of Paris and other major metropolises that has dragged up the average cost of a home in France, while prices in the countryside have stagnated or crept up only modestly. But in the 12 months up to September 2021, that norm flipped on its head. House prices in rural communes jumped by 6.4% compared to a rise of just 4.1% in France’s 10 biggest cities – while prices in central Paris actually fell by 1.5%.

And whereas apartments have traditionally been the drivers of property price growth, now the situation is reversed, with houses 6% more expensive in September than the previous year compared with an increase of only 3.4% for apartments.

The data comes from Meilleurs Agents, an industry analyst whose 12,000-strong membership of estate agencies represents 30% of the property market in France.

This is not a mass urban exodus, the organisation insists in its September report. In the main, lockdown-weary city dwellers are simply moving to outer suburbs or countryside close to town so they can work remotely in larger properties yet still commute for part of the week. It is this semi-rural landscape that has seen the biggest rise in house prices (9.7%), not the truly remote countryside of La France Profonde (1.7%), says Meilleurs Agents.

People are also snapping up second homes in tourism hotspots that are classed as rural yet have more shops, services and entertainment than you’d expect in the countryside. Seaside resorts have seen the biggest rises, with prices soaring by over 12% in the year up to September 2021, compared with a rise of less than 5% the year before. Mountain resorts have also been popular with an 8.8% rise in prices.

Almost two-thirds of remote workers polled by Meilleurs Agents said they had spent more time working from their holiday home during the health crisis. And 40% of regular remote workers (at least three days a week) envisage spending almost half the year at their second home from now on.

Already, 12% of French people own a second home and another 17% are considering taking the plunge because of their new-found freedom to work from home (le télétravail), says the report. In fact, this has led to talk of a completely new category of dwelling – the ‘résidence semi-principale’.

Meanwhile, in the major cities, it’s the grande banlieue – the outermost suburbs – that are booming, with twice as many sales here as in the suburbs closer to the centre (proche banlieue). In Paris, prices in these less built-up neighbourhoods rose by more than 8% between March 2020 and August of this year. At the same time they rose by only 5% in the immediate suburbs.

France’s other major cities saw the same trend but to a lesser extreme, with prices rising by 4% in the centres compared to 7.5% in the grande banlieue. Smaller cities fared better, especially in the north, with Brest, Quimper, Angers, Orléans and Reims among the urban centres remaining highly popular with buyers.

North-west France, which is predominantly rural, has seen a particular surge in desirability, with a price hike of more than 7% across Brittany, Pays de la Loire and most of Normandy. A similar phenomenon has happened in a large swathe of the far-south-west comprising Landes, Pyrénées-Atlantiques and super-rural Gers as well as a smattering of eastern departments: namely Var and Vaucluse in Provence, Isère and Rhône (around Lyon) and Haute-Savoie in the ever-desirable Alps.

The experts at Meilleurs Agents expect this dynamic to continue well into next year, with buyers seeking houses in greener areas, pushing up prices. However, the countryside will always be more affordable than the city, they believe. “Wealth will remain in the cities,” say the report’s authors. “Remote working won’t resolve the shortage of services, infrastructure and public transport outside the urban centres. And the climate change challenge means we need to protect countryside and limit private car use. These are the forces that restrain the prospect of rural house prices catching up with their urban neighbours.”

Do you know which French property contract you should sign?