Brexit or no Brexit, we want a home in France! 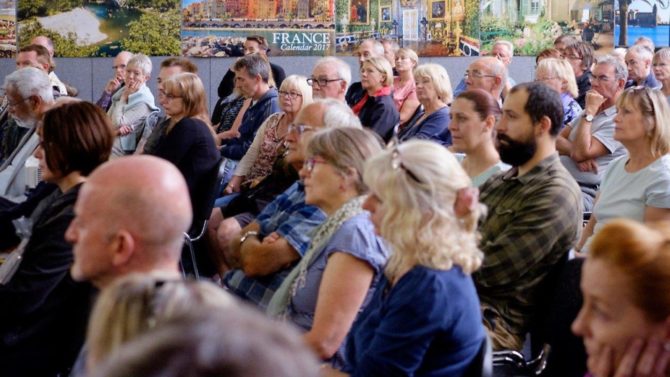 Hundreds of Francophiles are expected to descend on Wetherby Racecourse for Yorkshire’s annual French Property Exhibition on 18-19 May.

Visitors will be able to browse thousands of French properties for sale, get free face-to-face expert advice from specialists in law, tax, currency, mortgages and removals and attend seminars on all aspects of buying and living in France at the show, near Leeds.

Estate agents who specialise in helping Brits buy in France have been expecting enquiries to dry up because of Brexit uncertainty. Yet many have had a record year and were still busy as the now-scrapped deadline of March 29 came and went.

Nationwide agency Leggett Immobilier has been “bowled over” by enquiries from Brits eager to sell up and move across the Channel.

“These are not window shoppers,” said marketing director Joanna Leggett. “Our sales pipeline is 22% up on this time last year, which in itself was a record year. People are voting with their feet.”

Many agents point out that they regularly make sales to non-EU buyers, including people from Brazil, New Zealand, Singapore, Qatar, South Africa and the United States.

It would be wrong, however, to say that all British buyers are confident about pressing head.

Jason Porter, of international tax and wealth advisers Blevins Franks, who also sponsor this event, said some clients were watching and waiting. “This is just until we get some form of indication as to which direction Brexit is going – be it deal, no deal, customs union etc., so that people then know what they have to understand/contend with,” he said. “Once this is available, all the pent-up interest we have could flow down the track pretty quickly.”

Charles Miller, who runs Charente Immobilier, says the profile of British buyers has shifted slightly towards those who have relatively comfortable levels of income. He said: “I think that this is because buyers are self-selecting with a view as to how they might be able to afford to live in France should there be a hard Brexit.”

A record 970,000 homes changed hands in France last year, not far off double the number a decade ago at the height of the global economic downturn.

House prices rose by 3.2% (excluding prices for newbuilds), which is more than in the UK. However, with mortgage rates so low, French property is as it’s most affordable in 10 years for borrowers. French people are jumping onto the property ladder at a younger and younger age, whereas in England and Wales, a home is now 7.6 times average earnings and increasingly out of reach of young buyers.

Much of the growth is happening in cities and big towns, while in the countryside, homes cost about the same as or less than they did 10 years ago.

The exchange rate for Brits is not as favourable as it was four years ago, but increasingly Brexit-conscious buyers are hedging their bets by using a euro mortgage, even if they can afford to buy outright.

Experts say it looks as though 2019 will be a calmer year for the French property market, with prices rising slowly and the number of sales levelling out

Agents comment that Paris remains one of the most expensive cities in which to live, and that is unlikely to change. However, there are still some amazing deals to be had elsewhere in France – so come along and find your dream property at The French Property Exhibition, Wetherby Racecourse, Yorkshire, on 18-19 May from 10am to 5pm.