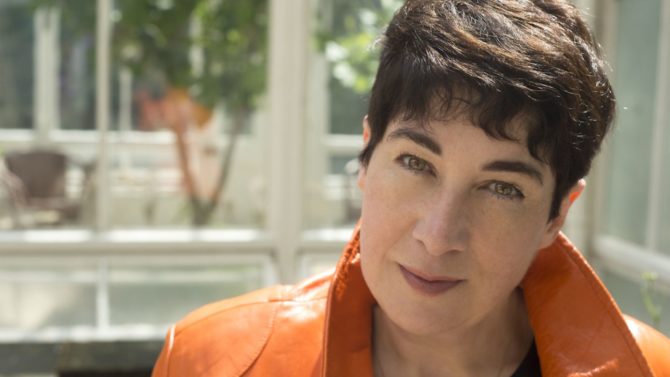 Food is central to many of Joanne Harris’s novels including her latest instalment, The Strawberry Thief

It has been 20 years since Joanne Harris’s charming bestseller, Chocolat, set in a tiny French village was published.

It tells the story of single mother Vianne Rocher who moves into a disused bakery with plans to turn it into a chocolate shop, much to the disapproval of the curé of the parish. Chocolat has sold over a million copies in the UK alone and in 2000 it was adapted into a film starring Juliette Binoche and Johnny Depp.

A long-awaited sequel, The Strawberry Thief, has just been published and Joanne Harris will be unveiling it at The British Library in London on 15 April as part of its Food Season line-up.

The Strawberry Thief is the fourth book in the sequence which began with Chocolat with the last one, Peaches for Monsieur Le Curé, published seven years ago.

In the new novel, Vianne Rocher has finally settled down. Lansquenet-sous-Tannes, the place that once rejected her, has become her home. With Rosette, her ‘special child’ she runs her chocolate shop in the square, talks to her friends on the river and is part of the community. Even Reynaud, the priest, has become a friend.

But when the florist old Narcisse dies, leaving a parcel of land to Rosette and a written confession to Reynaud, the life of the sleepy old village is once again thrown into disarray.

At the Joanne Harris: Food in Fiction event at The British Library, in Euston Road, the Anglo-French writer will be reflecting on her work and the place of food in her novels, as well as discussing how to write about the sensuality of food in fiction. Joanne has written 14 novels, two cookbooks and many short stories.

The British Library Food Season also includes Cake Decorating with Le Cordon Bleu on Saturday, 18 May. Participants can brush up on their skills with Le Cordon Bleu, which was founded in Paris in 1895, as they showcase some classic cake decorating methods inspired by historic designs found in the Library’s collections.

The demonstrations at 11am, 1pm and 3pm on 18 May are free but a ticket is required.

For the full line-up of events, visit www.bl.uk

The Strawberry Thief by Joanne Harris is out now published in hardback, ebook and audiobook by Orion, priced £20.

Win! A Stranger in Paris by Karen Webb

Previous Article Brexit or no Brexit, we want a home in France!
Next Article Get off my land: challenging a right of way over a French property