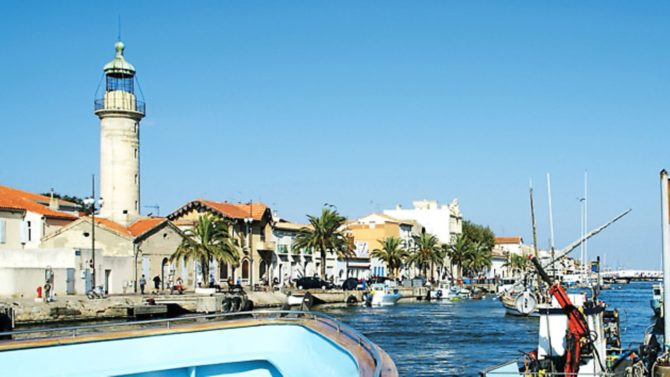 With a rich history and the Roman town of Nîmes as its capital, Gard in Languedoc-Roussillon has attracted visitors for centuries and is proving popular with Brits looking for an alternative to Provence in the south of France

From the Cévennes to the Carmargue, Gard is a land of many faces, tucked on the edge of Languedoc-Roussillon and sharing a culture with Provence, its neighbour. Here hilltop villages glow in the southern light, vineyards mingle with orchards and olive groves, and rivers and streams flow through spectacular gorges to join the River Rhône on its way to the Mediterranean, where port towns such as Le Grau du Roi have drawn admirers for centuries.

Gard’s location on the ancient Via Domitia – the Roman road linking Italy to Spain – can be seen in its capital Nîmes, which owes its name to Nemausus, Celtic god of the local spring. Here, the ancient Maison Carrée temple stands opposite the contemporary glass and steel Carrée d’Art museum designed by Norman Foster, symbolising the dialogue between past and present, while just a stroll away, the city’s amphitheatre has been in constant use since Roman times, and today hosts ferias and cultural events.

Further afield, the last remnant of Roman fortifications, the Tour Magne (or ‘Great Tower’) rises above the city’s neo-classical Jardins de la Fontaine, next to tree-lined boulevards, pedestrian lanes and hidden squares, where elegant town houses jostle for space among old-fashioned shops selling local specialities such as biscuits, honey, lavender soap, olive oil and more. The nearby covered market sells fresh seasonal produce and specialities such as petit pâté de Nîmes, a meat pie topped by a golden crust, and brandade de morue, poached cod puréed with olive oil, best enjoyed with a glass of wine from the Rhône Valley.

“We love the Gard department,” says Cornish-born Marcus Reeve, who runs the Hôtel de l’Amphithéâtre in Nîmes with his French wife Ghislaine. “We worked in London but moved to Nîmes for the sunshine and the golf. It’s a lovely city, very clean, and we have a much better quality of life. The food is superb and, of course, there’s the wine. What more could we ask for?”

North of Nîmes, in the garrigue undergrowth, fragrant with juniper, rosemary and thyme, the Pont du Gard aqueduct is currently celebrating 30 years as a UNESCO site, its three tiers of golden Roman arches stepping across the River Gard as they have done for almost 2,000 years.

The department’s has many interesting towns, including Uzès, home to a cathedral with a medieval bell tower known as the Tour Fenestrelle, a beautiful castle, a former bishop’s palace and an imposing town hall. Beautifully restored, Uzès was the first French Duchy, and its cobbled lanes and shaded arcades are delightful. Its markets and festivals, its winter truffles and AOC wine are known right across Gard, and it is also home to a national stud farm – not bad for a population of 8,000.

Further north, the department boasts a number of the Plus Beaux Villages de France: Aiguèze perched on a cliff above the Ardèche, La Roque-sur-Cèze with superb views of the Cascades du Sautadet, and Montclus, dozing among lavender fields and vineyards near the Gorges de la Cèze, gateway to the Cévennes Gardoises.

There, in the north-west corner, Gard takes on a different look as it leaves Provence for the foothills of the Massif Central. At 1,567 metres, Mont Aigoual in the Parc National des Cévennes marks the highest point, sharing the rich flora and fauna of the only inhabited national park in France and a UNESCO Biosphere Reserve. It’s a haven for nature lovers, with a landscape rich in pastures and forests, windswept ridges and scenic wonders. Shepherds’ huts dot the landscape here and there, lonely farms cling to the slopes, and villages offer tasty mountain fare from wild mushrooms and chestnuts, through to goat’s cheese and charcuterie.

Meanwhile in the village of Anduze, visitors admire the artisanal workshops showcasing the famous Anduze pottery best-known in its incarnation as vast planters produced for the gardens of Versailles. Here, you can also enjoy taking in the sights with a trip aboard Anduze’s nostalgic steam train, which sets off from the village on a breathtaking 13km journey to Saint-Jean-du-Gard where the River Gardon meanders towards Nîmes and the sea.

Down south, beyond the Perrier spring and Costières vineyards, the Camargue opens up a whole new world of marshes, lakes and canals adjoining the Rhône delta. The Camargue attracts flamingos and migrating birds, as famous as the white horses and black bulls bred for the course Camarguaise sporting event, when men test their courage retrieving rosettes from the bulls’ horns.

Highlights of the Camargue also include the fortified town of Aigues-Mortes, which was founded in the 13th century by crusader King Louis IX, or Saint-Louis, who bargained with nearby monks to gain access to the sea. Reflected in the Canal du Rhône à Sète, preserved rather than restored, the mighty ramparts rise proudly above land and water. More than 1.6km in length, and punctuated by towers and gates, they stand as a stark reminder of the religious unrest which later plagued the south of France.

The canal reaches the Mediterranean in Le Grau du Roi, next to Port Camargue marina. If you like wild open beaches, however, look out for L’Espiguette, where sand dunes and scrubland fringe the vast pristine coast – proof, if ever it were needed, that the many faces of Gard are as fascinating and diverse as the department itself.

Find out more on the Gard tourist board websiteFancy a home in Gard? Take a look at our favourite 6 properties in Languedoc-Roussillon