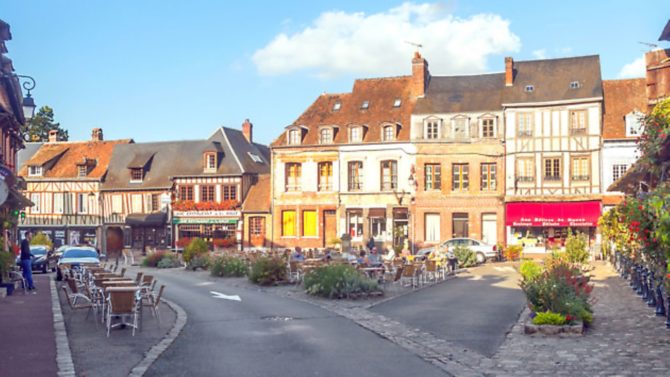 Sean O’Connor examines the controversy surrounding social contributions and asks: will the French government give way?

Since shortly after François Hollande came into power, that is to say since 2012, British vendors of French holiday homes have been hit, on top of French capital gains tax, with French social charges totalling 15.5%. Among other matters, the contributions include helping old people to move around in wheelchairs and on scooters (0.3%) and helping the state to pay the minimum wage (1.1%).

In its judgment in the Gérard de Ruyter case delivered on 26 February of this year, the Court of Justice of the European Union at Luxembourg ruled that the imposition of the French social charges on the said British vendors, resident in the UK, is contrary to European Union law. So far, however, the French government has not implemented the judgment of the European Court. When is it going to do so? Now read on.

In order to understand this whole scene one has to go back to European Regulation No 1408/71 of 14 June 1971 on the application of social security schemes to employed persons and their families moving within the Community (now called the Union). Article 4 says that the regulation applies to sickness and maternity benefits, invalidity benefits, old age benefits i.e. pensions, survivors’ benefits, benefits in respect of accidents at work and occupational diseases, death grants, unemployment benefits and family benefits.

The general scheme and purpose of Regulation 1408 is that a worker can move from country to country within the European Union on the basis that the contributions that he pays in each country get totted up such that they are taken into account when he makes a claim in the country where he is living at the time of the claim.

Gérard de Ruyter, a Netherlands national resident in France, declared in France his income from Netherlands sources. That included income from investment capital, in French, called revenus de patrimoine. The French tax administration imposed the social contributions on de Ruyter, who contested this in France. The matter came up before the topmost administrative court in France, the Council of State (Conseil d’État).

That court noted that income from investment capital is not the same thing as employment income. Therefore, the said French court submitted the following question to the European court: Do tax levies on income from assets have, by virtue of the mere fact that they contribute to the financing of compulsory French social security schemes, a direct and relevant link with some of the branches of Social Security listed in Article 4 of Regulation 1408/71?

To simplify, the question was whether income from an investment was to be treated in the same way as income from employment or from a self-employed business activity.

The European Union held that the answer to the question is yes because “it is not in dispute that the proceeds of those levies are allocated specifically and directly to the financing of certain branches of social security in France”.

Hence the court ruled that “those levies therefore have a direct and sufficiently relevant link with the legislation governing the branches of social security listed in Article 4 of Regulation No 1408/71 irrespective of the absence of a link between the income from assets of taxable persons and the pursuit of a professional activity by them”.

One is therefore led to the conclusion that France must stop hitting British nationals resident in the UK and subject to UK social security contributions, with French social contributions upon selling a French property.

Is a resolution in sight?

It seems that the French government is pondering the notion that the answer to this question might be in the negative. Aha, they contemplate saying, the European court has only hit income from an investment, not capital gains.

There can be no certainty yet that the French government will cave in without another judgment of the European court on this precise point. The European Commission may itself bring the necessary action against France.

So there can be no telling, for the moment, when this whole social contributions repayment issue is going to be resolved. Probably by the end of this year if the French government accepts the de Ruyter judgment. Not for another year or two if they decide to wait for another European judgment.

Even so, you should note that if you paid the social contributions in 2014, you have, under French law as most safely interpreted, until the end of this year 2015 to lodge a claim for repayment, even if the French tax administration takes longer than that to make up its mind. This point is most important. Be wary and make sure that your application for repayment is lodged in time.

I had better add that if you paid in 2013 you can still have a go because under French law as unsafely interpreted, the deadline might be two calendar years, not one calendar year, from the year of payment.

Sean O’Connor is a bilingual solicitor