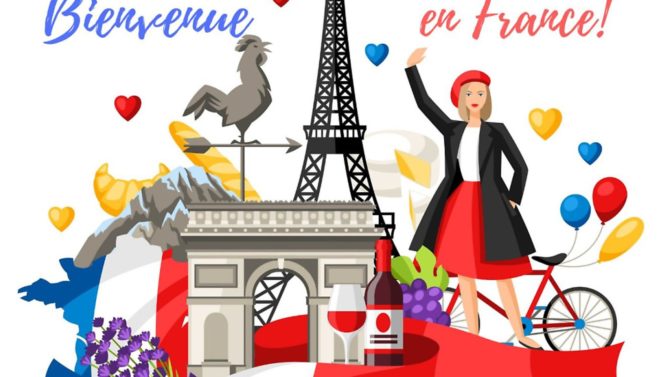 A new survey has revealed that expats feel more welcome than ever in France, which ranks highly for quality of life, affordability of childcare and quality of healthcare

Expats feel more welcome than ever in France according to a new survey conducted by InterNations. The Expat Insider 2018 survey is one of the world’s largest and most comprehensive surveys on life abroad and the number of respondents reached a record high this year. Representing 178 nationalities living in 187 countries or territories, some 18,135 expats from across the globe took part in the survey, which ranks 68 countries by a variety of factors such as quality of life, cost of living and settling in. The survey ranks France as one of the best destinations for expats in 2018, while the top reasons for moving to France were for a better quality of life, for love, and simply to fulfil a desire to live there.

The results showed that expats feel more welcome than ever in France with just 24% of expats in France saying that they are unhappy with the attitude of locals towards foreign residents, down from 30% in 2017. Some 24% of expats in France state that their social circle consists mainly of locals, while another 50% say that their social circle is a fairly mixed group of locals and expats. Both of these figures are higher than the global averages, which are 19% and 47% respectively.

Why I’m so glad I moved to France

With expats feeling more welcome than ever in France, the country has also moved up 21 places in terms of personal happiness, rising from 47th in 2017 to 26th in 2018. According to the survey 79% of expats in France are happy with their life in general, which is higher than the global average of 76%. Among those who said they were happy with their life in general, 56% believe that this is due to their partner and/or family being happy as well. Of the expat parents, 84% said they were satisfied with family life in general while 79% reported that the attitude in France towards families with children is friendly.

The 2018 survey findings place France in the top 20 for quality of life, and in the top 10 for the affordability of education and childcare (8th). More than half (53%) feel that childcare is easy to afford, compared to 43% worldwide, while 63% say the same about education (compared to 52% worldwide).

Relationship status = 63% in a relationship, 37% single

In the latest HSBC Expat Explorer report, France ranked 4th globally for work/life balance out of the 46 countries studied, with 75% of expats saying their work/life balance in France is better than their home country and 70% reporting that their overall quality of life is better. Of those with families, 64% said their children’s quality of life is better and 53% of people even said their physical health had improved since their move. The report also found 72% of expats in France are relish immersing themselves in the local culture and more than 67% say they are integrating well.