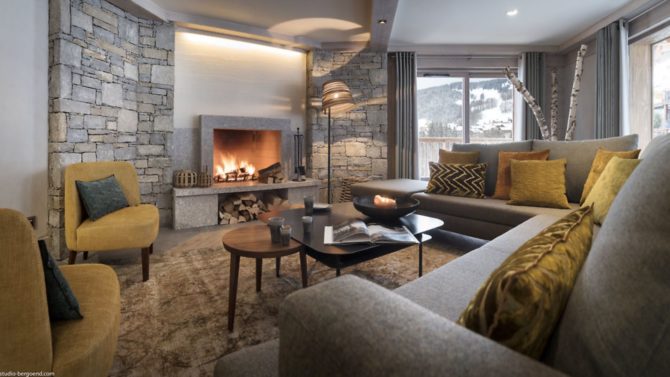 Leading French property developer, MGM, has launched a new ski-in-ski-out development in Les Saisies, just in time for the new ski season. Résidence Amaya will comprise 44 luxury leaseback purchase apartments, each with a large private balcony, storage lock up, a ski locker and an underground parking space. Additionally, purchasers will benefit from excellent on-site amenities including swimming pools, a spa area and gymnasium. The resort is in close proximity to the ‘Carrets’ ski slope, giving purchasers direct access to the Espace Diamant ski area, and 192km of ski slopes, in less than 15 minutes.

MGM’s unique leaseback offering also allows the owner to change their usage options after the first three years, introducing a flexibility unavailable anywhere else in the French Alps. Prices for Résidence Amaya, which is part of MGM’s spectacular new generation of ski properties, start from €258,333 for a one-bedroom apartment to a €645,833 for a four-bedroom home.

Richard Deans, Sales Manager at MGM, comments, “MGM’s new shorter leaseback offering has been exceptionally popular with prospective purchasers and allows users to increase or decrease their usage terms every three years. We found that many MGM purchasers wish to use their property more or less frequently depending on their stage in life, so we made an option to allow greater flexibility for them. This opportunity is currently only available through MGM, whilst many other developers only allow similar usage after ten or more years. As the ski season fast approaches, now is the time to act early and secure a dream property before the new ski season begins.”

Résidence Amaya floorplates are the largest in Les Saisies, with one-bed apartments at around 54m², while four-bedroom homes stand at 120m², allowing an abundance of space in comparison to similar developments, perfect for families looking for extra space and comfort. The development is the latest instalment of MGM’s new generation of superior quality apartments, where high specification construction and opulent amenities have taken the properties to a five-star level of sophistication.

Maintaining MGM’s reputation for luxurious homes, the apartments’ interiors are considered and supplemented by high-specification finishes. Each sitting room features stone flooring and large sliding bay windows, allowing for panoramic views of the Alpine landscape. Kitchens come fully fitted with granite worktops and wine cooler, while bedrooms have oak parquet flooring and each has a large fitted wardrobe. The bathrooms are designed to be perfect for unwinding after a busy day on the slopes, with a large bath, heated towel rail, vanity unit, mirror, integrated down lights and hairdryer. MGM’s hotel-style service will mean the apartments are ready to be occupied on arrival, as the apartment will be cleaned in the owner’s absence and linen will also be provided.

The amenities on site are unrivalled, including an integrated swimming pool, sauna, steam room, and jacuzzi as well as a fully-equipped gym and fitness centre. The wellness and spa centre has been designed with the whole family in mind, and with separate paddling pools for children.

Perfect for keen skiing families, residents can ski directly from the apartment to the nearest ski lift. Nicknamed the ‘snow barn’ of the Savoie area of the Alps, the resort is a safe bet for purchasers who are keen to guarantee an abundance of snow in high season. Les Saisies is a relaxed and family-friendly resort, boasting 185 km of ski slopes, 146 ski runs and 101 km of cross-country skiing, perfect for the whole family. The resort was used for biathlon and cross-country skiing events during the nearby Albertville Winter Olympics in 1992. With a mix of different slope gradients, a combined 66% of slopes are green or blue, allowing an excellent base for younger family members learning to ski in a safe environment.

Aside from skiing, the apartments are within walking distance of local conveniences, which include a wide range of ski shops and restaurants, mainly serving authentic Savoyard food. Local stores sell essentials, while a range of boutique groceries also offer locally sourced French produce. The town also benefits from great transport links, as it is just one hour and forty-five minutes’ drive from Geneva International Airport, which operates regular flights to terminals across the UK.

The apartments at Résidence Amaya are available as leaseback, guaranteeing year-round rental income to the purchaser. Buying a four-bed property with access during blank periods only can create an annual income of up to €10,500, whilst those purchasing a one-bed property with six weeks’ rental use can expect to earn €3,500 each year. The development also allows for a high degree of flexibility, so owners can trade in weeks for use in some other of MGM’s resorts across the French Alps, for a small admin fee.

One-bedroom apartments from €258,333- NET of VAT via leaseback purchase

Two-bedroom apartments from €308,333 – NET of VAT via leaseback purchase

Three-bedroom apartments from €541,667 – NET of VAT via leaseback purchase

Four-bedroom apartments from €645,833 – NET of VAT via leaseback purchase