Take a look at the intriguing Voyages à Nantes festival 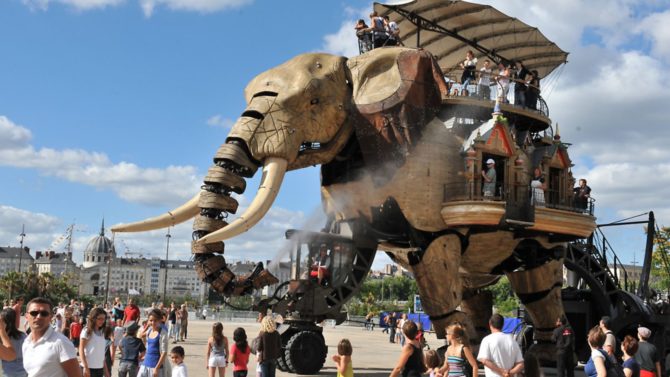 The annual Voyages à Nantes art festival transforms the streets of Nantes into a giant exhibition space. These are some of our favourite parts of this year’s festival including a skydiving walrus and a giant slide!

Over the summer the city of Nantes in Pays-de-la-Loire is taken over by the Voyages a Nantes art festival. Contemporary art installations and exhibitions pop up in streets, quays and squares, all linked by a 16-kilometre green line that spectators can follow. This is the sixth year the festival has been run and you have until 27th August to visit. These are some of our favourite installations from the Voyages a Nantes…

Ever wanted to slide down the side of a 13th-century castle? Well now you can! How much fun does this slide along the walls of the Château des Ducs de Bretagne look?!

Summer has arrived in France

This is a rather beautiful sight on the River Erdre

And in the Jardin des Plantes you will find…

And don’t forget to stop off at the Machines de l’île for a ride on the elephant!

An insider’s guide to Pays-de-la-Loire