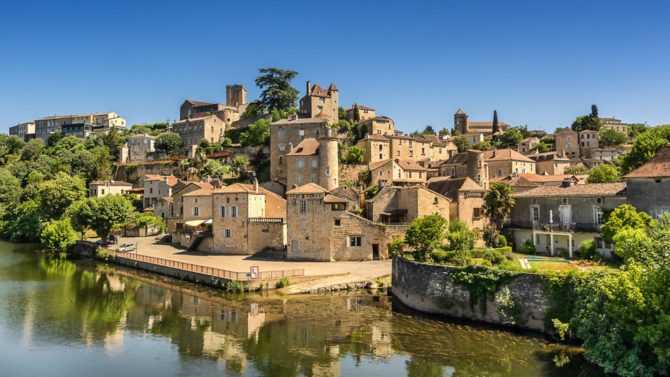 France’s property market seems to be enjoying a spirit of confidence and optimism but what about British buyers?

Has Macron’s election affected the market?

The French housing market, which crashed during the global financial crisis of 2008, has been looking significantly healthier for over a year now, long before he took office in May. However, the liberal former banker, whose party En Marche! literally translates as ‘On the Move!’, has attracted praise for his pro-business approach and his promises to cut red tape for owners and tenants as well as exempting 80% of households from the French equivalent of council tax.

Against this backdrop, the recovery of the housing market is gathering pace. Recent figures from the Notaires de France show that some 907,000 properties (excluding new-builds) changed hands last year, more than was forecast and comfortably beating the pre-crisis peak of 2006. “It’s no housing bubble, since 90% of the buyers are looking for a place to live, not let,” say the report authors.

Realistic prices, low interest rates and attractive mortgage deals are credited with driving the comeback as well as the upbeat political landscape.

Have your say! Where are you hoping to buy a property in France? #FrenchProperty #poll

Will President Macron has a positive impact on the French property market?

Are the Brits buying property?

Yes, say the agents, lawyers and currency specialists who spoke to us. The luxury market is enjoying a particular upsurge but demand at the low and middle end of the market is growing too, according to Leggett Immobilier. The nationwide estate agency, which has a diverse and international clientele, is recruiting hard across France to keep pace with current demand from British buyers.

“We have seen a 27% increase in our sales pipeline over this time last year,” said chairman Trevor Leggett. “Particular hotspots are the Midi-Pyrénées where our team is on fire and the perennial favourites of the Alps and south-west.” What about the impact of the EU referendum? “The Brexit backlash continues,” he said. “Demand from British buyers remains strong.”

Other agents agreed, saying that while the prospect of leaving the EU has deterred some buyers, it has invigorated others. “Many of our customers simply want to own a small piece of France and Europe,” said Benoîte Bernardeau, of Argu’s Immobilier, based in rural Vienne. “Britons already settled in the region were somewhat disconcerted by the Brexit vote but this did not generate a mass departure. On the contrary, following the EU referendum, our contact with British buyers has increased.”

This trend is borne out by national figures. In July, as Brexit negotiations got underway, banking group BNP Paribas published a revealing Ipsos poll. It showed that more than seven out of 10 Britons interviewed in April last year about their plans to buy in the eurozone were still keen to press ahead in April this year or had already bought a property, despite the Brexit vote.

Although 28% of the 1,100 respondents said they had abandoned their projects over that time, a whopping 72% were undeterred. The report also found that the British were still the top foreign investors in France, comprising just under a third of non-resident transactions last year.

Matthew Cameron, a UK specialist of French law at Ashton’s Legal, said the market seemed to have particularly picked up since March. “I wonder if the fact that the Article 50 notice has now been served has led to a little more certainty,” he commented. “Even if we do not know what the final deal will bring on leaving the EU, we accept it will happen. What has not changed is our general Francophile outlook.”

As well as super-rich buyers increasingly investing in or relocating to France, holiday home hunters are dominating the market, say industry observers. “I would say about three-quarters of our clients are looking for second homes,” said Charles Miller, director at Charente Immobilier: “The profile of buyers has shifted away from those looking to make permanent moves or retire.”

High on the wishlist is a renovated or new property that needs no work as well as a property that can provide an income, he added. “This seems to arise from British buyers in particular as they see this as a way of being able to have a secure situation in France in the event of Brexit.”

It’s a similar story further south at Charles Smallwood’s business Agence L’Union which covers Tarn, Tarn-et-Garonne, Lot and Aveyron. Many of his clients are looking for a second home they can enjoy and let for a number of years before making a permanent move. “More and more are seeking homes with rental units so they have room for all their family or in order to rent them out and have an income from guesthouses,” he said.

How much are British buyers spending?

Traditional homes with grounds, views, a pool and nearby amenities remain perennially popular, and the most commonly reported budget is between €200,000 and €250,000, rising up to about €500,000 for permanent homes.

But there is also significant movement at the lower end of the market. Many of the British second-home buyers looking in Vienne start with budgets below €80,000, according to Argu’s Immobilier, but with the intention of spending more when they move to the area permanently.

UK-based Dan Brewer, whose company Healey Fox works with associate agencies across France, said: “Some people who are a bit nervous but don’t want to give up on their dream are going for renovation projects, looking to spend €50,000-60,000.”

Are prices set to continue rising?

Although house prices are climbing steeply in cities such as Nancy, Bordeaux and Paris, the volume of properties for sale in the countryside is keeping prices there in check, says Charles Miller, of Charente Immobilier. “Prices are the lowest they have been for more than a decade – and with increased numbers of British sellers seeking to return to the UK (and the low value of sterling) there are some real bargains for those prepared to commit and act quickly,” he said.

In recent months, Agence L’Union in Tarn-et-Garonne has sold a renovated house with habitable pigeonnier, gardens and pool for €219,000 and a five-bedroom manor with pool in two acres for €550,000. Another recent sale at a “giveaway price” was an architect-designed house with three-quarters of an acre and lovely views for €85,000.

Is it worth waiting?

The uncertainties surrounding Brexit and the coinciding fall in sterling has prompted over a quarter of British buyers to pause in their pursuit of a dream home in France. A similar proportion, meanwhile, are racing ahead to get a foothold in Europe before Britain’s expected exit from the EU in March 2019, encouraged by talk of preferential treatment for citizens established in the country before this cut-off date.

To avoid being at the mercy of the volatile exchange rate, currency expert Laura Parsons, of TorFX, urges purchasers to talk to a reputable currency broker about services such as forward contracts, which enable you to fix a rate for up to two years in advance of a transfer. “With Brexit negotiations set to drag on for some time and both the Bank of England (BoE) and European Central Bank (ECB) causing waves with their approaches to monetary policy, further GBP/EUR exchange rate movement is a certainty,” she said.

In terms of prices, Brits shouldn’t expect the countryside bargains to persist indefinitely, say agents. Edward Landau, whose agency Le Bonheur Property covers the far south-west area, says the property market recovery is gradually radiating out from the cities into rural areas. “Confidence is returning,” he said. “We are based some two hours from Bordeaux and are seeing a knock-on effect as clients realise the opportunities that are available further south.”

Hesitating may not be the best policy, he cautions. “The market is improving overall and our concern is that those who are standing on the sidelines waiting for more clarity about the situation are likely to be disadvantaged by the fact that prices are likely to rise.”