Everything you need to know before making a French will 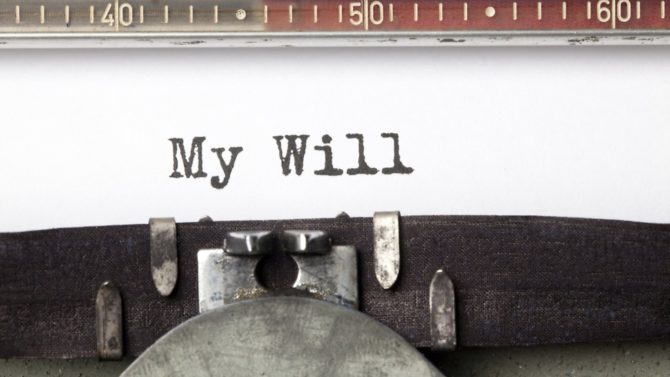 Benoît Duchan is a notaire based in Chalabre, Aude

To make a will that will be considered valid under French law, you must be mentally capable and at least 18 years old, although there are provisions in place for minors to make a will from the age of 16. The will only applies to assets which the testator legally owns at the time of death.

Can I have a French will and a UK will?

It is therefore very important to mention to your lawyer or notaire who helps you with your French or UK will if you already have another will in place in the other country. Otherwise, if you start your new will with the standard “This is my last will and testament; I cancel every other previous will…”, this automatically cancels the will you have already drawn up in the other country.

If you want to maintain the other country’s will, it has to be specifically mentioned. For instance, you could say: “I cancel every previous will except the will made on such-and-such a date in France (or in the UK) that I specifically maintain.”

Is it better to have one will or separate wills for different countries?

Even if a single will can cover assets in both countries, it may be recommended in some situations to have two separate wills, one for each country, because the inheritance and tax laws in the two countries may be different. French law, for instance, does not recognise the ‘trust’ system or the powers that a UK ‘executor’ of a will has under UK law. This may cause problems, especially for registering the transfer of the French property. In terms of taxes, a discretionary trust is heavily taxed in France, even if the beneficiaries are the children.

What about the European regulations?

The European Succession Regulation 650/2012, which came into force on 17 August 2015, allows you to elect your national law of succession to apply to all your assets including those located in France. If you wish to elect your national law of succession, and for it to be recognised in France, it must be written into your will. However, the UK has opted out from this EU regulation and therefore its application is not yet guaranteed. Please note that this regulation is not a tax treaty and so the French tax regulations would still apply.

How do European inheritance laws impact me?

What are the different types of French will?

Under French law a will can be ‘authentique’, ‘mystique’, ‘international’ or ‘olographe’.

An authentique will is dictated in French by the testator to a French notaire, who writes it up, and is signed in the presence of two witnesses or another notaire.

A mystique will is handed to a French notaire in a sealed envelope in the presence of two witnesses.

An international will can be handwritten by the testator himself or typed, not necessarily in French, and signed in the presence of two witnesses in front of a French notaire.

An olographe will – the most common type in France – is written entirely by hand, dated and signed by the testator himself. It is not signed in the presence of a notaire or witnesses. French law considers that the fact that it is entirely written by hand by the testator is sufficient. It can be written in any language, not necessarily in French. It is, of course, recommended that the testator gets legal advice before drawing it up. The testator should give the original of the handwritten will to a French notaire in order for it to be kept and registered at the ‘fichier central des dispositions de dernières volontés’, the French national registry of last wills and testaments. This formality is not a condition of validity of the will but is to guarantee that it will be found and used.

In conclusion, I highly recommend that you seek legal advice from a specialist before you make your will concerning any French assets. This can be a very cost-effective way to avoid any undue distress and confusion for your beneficiaries.