Guide to retiring to France 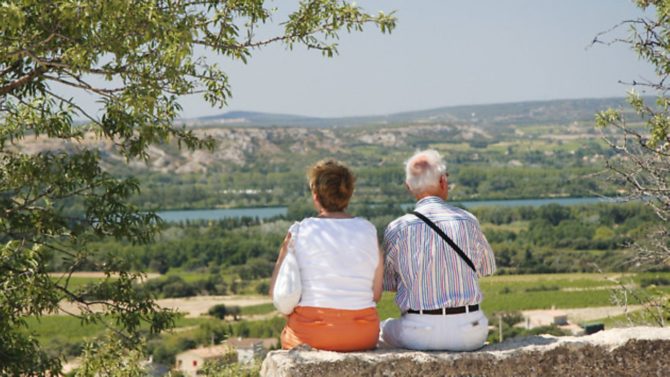 Planning to retire to France? Make sure you understand pensions and healthcare and think carefully about where you want to live first

What impact will Brexit have on British retirees in France?

Following Brexit many people may be holding off on their dream to retire to France, preferring to wait for greater clarity on the implications for UK expats living in France. With so many UK residents in France and French nationals in the UK, it is hoped that a reciprocal agreement can be reached between the UK and France regarding residency and employment options. Whatever happens, the dream can still come true, you might just need to approach the move differently and take more legal advice before heading off.

Will British expats still be able to live in France?

Why do Brits love to retire to France?

France continues to be a key destination of choice for UK retired expats despite higher costs and taxes than many other potential retirement destination. The good weather, food and wine coupled with an endless choice of beautiful regions and, in general, good connections back to the UK, means France will always attract British people looking to retire overseas.

How do I choose where in France to retire to?

Most Francophiles have a favourite part of France and often see themselves retiring there, but even if you know a place well, it pays to do some real homework on the area and also to consider alternatives – there is nothing like a comparison to help confirm your choice or to start questioning it.

If possible, spend a month or two actually living in the area prior to making any commitments, because the quaint village full of pretty flowers and lively restaurants on your summer holiday can be less enticing when grey and half-deserted in winter.

Find out about the local population (are there many people of retirement age?) and the local area – what activities are on offer year-round, what facilities are there in terms of healthcare, restaurants and public amenities, how far away is the nearest supermarket? Check out transport connections too – can you easily get to other parts of France where perhaps you have family or friends, and most importantly is it relatively straightforward and not too expensive to get back to the UK regularly.

Also consider if it is important to you to mix with other English-speaking expats, and if so, look at areas popular with foreign residents – for example, Dordogne, Brittany and Provence have quite large contingents of British in habitants. Equally, if you intend to top-up your retirement income with part-time work, what employment opportunities are there in the area or will the location attract tourists if you set up a chambres d’hotes or holiday gites for example?

Read more: How to decide where to buy in France

How important is it to learn French?

It might seem like stating the obvious, but the better your French, the better your life in France will be. Friendships are forged more readily, the dreaded French administration is negotiated with less difficulty (and less frustration), French culture and media can be appreciated more fully, and, most importantly, you will feel considerably less vulnerable as the years tick by when the little things in life go wrong.

How do I make friends and integrate in the community?

Many people seek out a range of activities in retirement to keep active, but also to maintain regular contact with the world beyond the front door. As in the UK, most local communities in France run various clubs and associations, from pétanque or Pilates to walking groups or bridge clubs. Ask at the mairie or the communauté d’agglomération for details.

Thanks to continued strong family links in France, the older generation is held in high esteem. Given that they generally also have more spare time, their assistance and experience is often sought after when it comes to officiating roles in municipal life. Once you have become more integrated into the local community and if you have a reasonable level of French, you may also want to consider pursuing more serious involvement in local affairs.

Even if you opt for a more go-slow retirement, be sure to stop regularly for a coffee or beer whenever you go to the boulangerie or the weekly market. As well as the beating heart of many a community, the local bar is the best place to find out what’s on and what’s going on around you.

How do I stay in touch with family and friends in the UK?

Even though you’ve taken the decision to live across the Channel, the chances are you would like to take a little bit of home with you, whether it’s your favourite radio station, daily newspaper or perhaps your best friend. In the modern digital, satellite and cable world, all of this is a simple connection away – all you have to do is choose your supplier and package wisely on arrival in France. Big players include Orange (formerly France Télécom) for internet, television and phone packages and Canal+ for satellite TV which has a range of English-speaking channels, but as everywhere, the playing field is getting bigger and bigger. More and more foreign programmes, including British ones, are being included in the French TV scheduling, and can be accessed in the original language (version original VO).

What are S1 Forms and how do I get one?

The S1 Form proves that you have reached retirement age, have paid the required number of social security contributions and are receiving a state pension. You can obtain the S1 Form from the UK Department for Work and Pensions. Despite Brexit, the S1 Form is still valid until the point the UK actually leaves the EU and it may continue to be valid afterwards depending on the outcome of the exit negotiations.

Read more: The S1 Form and accessing the healthcare system in France

How do I receive my pension?

At the moment the UK and France have a reciprocal arrangement for pensions and a UK pension can be paid direct in euros into a French bank account. Equally, for those who have lived and worked for a period in France prior to retirement, there is currently a system in place to effectively combine the two state pensions. If you receive the UK state pension, take your S1 form with you as this will exempt you from paying the French social charges levied on pension income.

If you are already retired in France, check out last year’s changes to UK pension regulations allowing early drawdown or a lump-sum retrieval as French tax laws might work in your favour. Of course, all this could be subject to change in the case of a Brexit, but whatever happens, make sure you seek advice from an international pensions expert so you know you are putting the right measures in place for your particular situation.

How do I get healthcare cover?

If you receive the UK state pension, then show the S1 Form to the local French health authority (CPAM – Caisse Primaire d’Assurance Maladie) in order to be registered as eligible for state healthcare in France under EU reciprocal arrangements. Early retirees are no longer eligible, after three months living in France, for state healthcare cover known as PUMA – La Protection Universelle Maladie (apply at the local CPAM).

Should you decide to work part-time to top-up funds, you will contribute to the French social security systems through the cotisations sociales taxed on earning, and you are thereby automatically covered by the French healthcare system. Be mindful that healthcare is not free in France – there is always a percentage charged to the patient and mosr French people take out additional private health insurance cover, in the form of a mutuelle, which covers, to a greater or lesser degree, the amount charged to them.

What healthcare are retirees entitled to in France?

Can I use the new EU inheritance rules?

Revised EU legislation passed last year has made it possible for European nationals living abroad to opt for either the inheritance laws in their country of birth or in their country of permanent residency. You must have stated clearly in your UK will that you wish to choose UK inheritance laws, otherwise the process could prove a minefield for inheritors of your estate. It is always a good idea to use solicitors experienced in drawing up wills for clients who live abroad.

Read more: How to EU inheritance laws impact me?