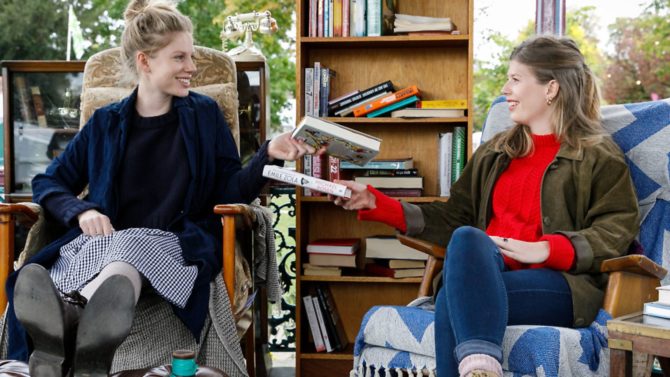 There are many benefits associated with learning a new language, from career choices to cultural know-how, so why aren’t we all doing it?

Choosing to study modern foreign languages appears to be falling out of fashion with students sidelining them in favour of other subjects.

French is still the most popular modern foreign language choice at college, but is suffering a decline among A Level students as more take up STEM subjects instead such as technology and engineering.

The numbers taking modern foreign languages has fallen by 15 per cent since 2010 with more students taking A Level Chinese than German this year. New figures from exam boards show entry rates for German were down by 16.5%, French by 8% and Spanish by 4%.

Earlier this year the British Academy also expressed concern at a decline of student numbers choosing languages at undergraduate level. The Academy is concerned it will further reduce the already low supply of students who are qualified to go on to careers as language teachers in secondary schools.

The Why Learn a Language? event at this year’s Cheltenham Literature Festival is asking if it’s ever too late to learn a language and will reveal the latest research on the many benefits, both cultural and cognitive.

On the panel is Rosie Goldsmith, an award-winning journalist who specialises in arts and foreign affairs. In 20 years at the BBC, Rosie travelled the world and presented several flagship programmes. She speaks French, German and Italian and has lived in Europe, Africa and the USA. Today she combines journalism with chairing and curating literary events and festivals for leading cultural organisations.

Known as a champion of international literature, translation and language learning, she promotes them whenever she can. She is Founder and Director of the European Literature Network and Chair of the Judges for the EBRD Literature Prize.

We caught up with Rosie ahead of her appearance at Cheltenham Literature Festival in October.

What first sparked your interest in languages?

Travelling as a child and wanting desperately to communicate with the people we met. I was also musical and languages and music seemed to go well together.

Which one did you learn first?

French aged 11, at my comprehensive school in Cornwall. It was the only language offered to us then – but I fell in love. Followed by German aged 16 and then Latin. I studied French and German Joint Honours at University in Nottingham then picked up Italian later.

Do you have a favourite language?

I love each of them equally but for different reasons. I also seem to act differently when I speak different languages! I love the sound of French and Italian most and the complexity and strength of German.

What do you enjoy most about learning a new language?

I think it’s hard learning new languages – so is learning anything new – but the rewards are huge: communication, cultural understanding, greater professional opportunities. The world is better and bigger.

Do you think it is something everybody should try to do?

Yes, in the same way we should all learn English, Maths and Science.

What would you say are the benefits of speaking more than one language?

Have you ever lived in France?

Yes, Paris. I loved how cultural and multicultural it was.

Should we be worried that fewer students in England are choosing to study A Level languages?

Of course. This is a shocking failure of the education system. We are already isolating ourselves as a country because of Brexit and actively neglecting our support of languages in schools and at universities is an added miscalculation and tragedy.

Would you say speaking another language opened up opportunities for you in your career?

Yes. My first job was as a reporter/producer on the BBC’s first European programme, Eurofile, in 1989. I used my languages every day at the BBC – and still do. Broadcasting and journalism are about communication.

Who has been one of your most interesting French interviewees?

Éric-Emmanuel Schmitt, the novelist and dramatist. I interviewed him for an hour in French: exhausting but fascinating!

What inspired you to set up the European Literature Network?

Ten years ago I began hosting a ground-breaking annual event at the British Library in London, the European Literature Night. In order to maintain the momentum of ELN across the year, I created ELNet in order to get publishers, authors, translators, festival directors and others networking and collaborating. We now have a website and run reviews, have our own magazine, hold workshops and have partners all over the UK and the rest of Europe.

Who is your favourite French author?

I love novels and 19th century French novelists are my favourites – Zola, Balzac, Maupassant. Although a few contemporaries have blown me away – Laurent Binet, Leila Slimani, Denise Vigan, quite a few: having ONE favourite novelist is too restrictive.

What advice would you offer to people thinking of taking up French?

Why wait?! It doesn’t matter how little you learn – it will still be better than no French! It is such a beautiful language. Persist. There will be humps and bumps but you’ll drive over them soon enough.

Where to watch the stars of the jazz world in France