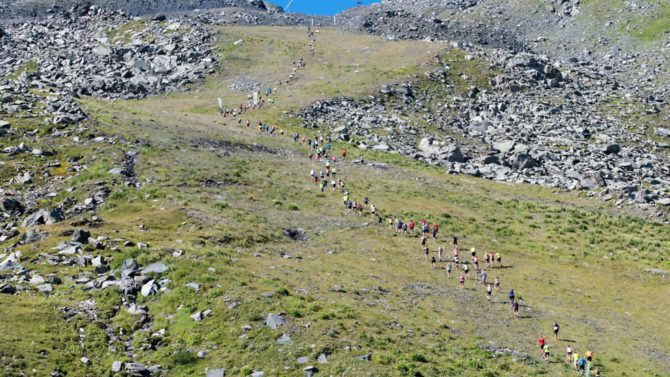 Lace up your running shoes for the races of a lifetime…

A marathon studded with oyster, steak and wine breaks: who could have dreamt up such a race but the French?

Over 8,000 runners descended on Bordeaux’s vineyards earlier this month for the 34th Marathon du Médoc. With 23 wine stops along the course, it was a test of stamina in more ways than one! If they could stomach it, racers could treat themselves to some oysters at the 38th kilometre and steaks at the 39th. It’s no wonder the event was so popular; places for this year sold out in just 20 hours.

Most participants opted for fancy dress and this year’s theme was Amusement Parks, so runners’ crazy costumes included carousel horses and candyfloss.

The Marathon du Médoc isn’t the only wacky race in France; challenge yourself to one of these runs with a difference. À vos marques, prêts, partez !

It seems the Bordelais have a taste for unusual races. The city’s own marathon sees runners speeding past landmarks such as the Palais de la Bourse, Pont de Pierre and Place de la Comédie – so far, so normal. But throw in the unique fact that the marathon takes place at night and you get the chance to see the city in a whole new (moon)light.

If you like your races with a sprinkling of snow, head to the Trois Vallées for the highest vertical kilometre race in the Alps where runners gain a massive 1000 metres of height in less than five kilometres. The course finishes at the summit of Cime de Caron, where you may well encounter a wintery dusting – even in summer.

This 27km course through the countryside of Mauvezin can be tackled by foot or by bike. As the name suggests, sustenance comes in the form of foie gras and toast served at seven farms along the way, as well as honeyed water for that extra oomph. Finishers are even awarded a 100g box of the delicacy to take home as a prize.

Another option for oenophiles, this half-marathon in the Marne Valley eschews traditional water stops for glasses of bubbly. You’re in luck if you’re only going to cheer on a friend; even spectators are encouraged to actively participate in the tastings. Fancy dress is encouraged and as an added incentive, there is an award for the best costume.

Climbing to the top of this Parisian landmark can be tiring enough just at a walk, but this race challenges you to tackle all 1,665 steps as quickly as possible. In case you envisaged a mad stampede at the start line, the competition is actually timed so runners set off at 30-second intervals. It attracts competitors from all over the world; last year 19 countries were represented including Australia, Mexico and China.

The Complete Guide to the Tour de France

Previous Article WIN! A copy of French License
Next Article Why learn a language?