Where to buy French property… if you want an expat community 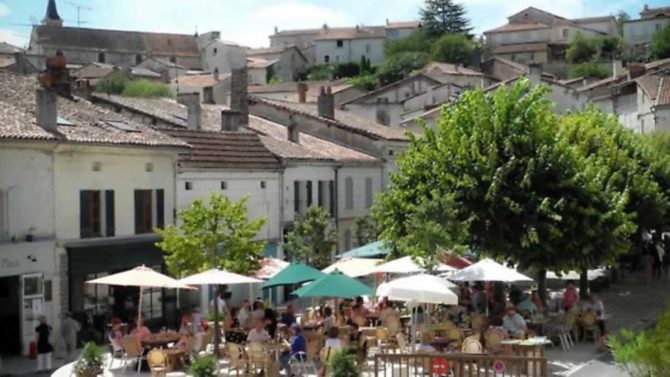 While some people search for splendid isolation and peace and quiet, others want the support, company and friendship of a local expat community. As well as the knowledge that other Brits are on hand should you have a problem or need advice, these areas offer a range of English-speaking clubs and associations, and if your French is not so great, local people often speak a little English.

So beloved by the British that it’s affectionately known as Dordogneshire or Little England (some 15,786 Brits have set up home in the wider Aquitaine region, according to national statistics agency INSEE), Dordogne offers pretty villages, breathtaking scenery, a relaxed way of life and a sunny climate. Part of the Aquitaine region, it’s easy to reach via airports at Bergerac, Bordeaux and Brive. Despite its popularity, property prices are surprisingly low with an average of €115,000, reflecting the rural location.

Neighbouring Poitou-Charentes is equally popular, with some 16,373 Brits making up 33% of foreign residents. Slightly closer to the UK for those who wish to drive, it’s also easily accessible via Poitiers, Bordeaux, La Rochelle and Limoges airports. Property prices are attractive too, with an average of €138,000.

At the other end of the price scale, with an average house value of €290,000 for the Provence-Alpes-Côte d’Azur region, the Riviera is France’s most cosmopolitan area outside of the capital. Attracting full and part-time residents from all over the world, including 11,379 from the UK, it offers sunshine and sea as well as startlingly pretty countryside, glamorous coastal towns and hilltop villages inland.

Further along the Med coast, Languedoc-Roussillon has also attracted a lot of Brits in the last decade or so (10,510 have made the region their home), and offers cheaper property with a regional average of €179,000.

The sprawling Midi-Pyrénées region also has plenty of thriving expat communities (15,800 British residents), especially around Toulouse. As a capital city Paris attracts people from all over the world, both to visit and live there, including some 19,583 British residents in the Île-de-France region.

Another area with a thriving expat community is the Alps, where Brits (11,971 of them) and other nationalities united by their love of skiing and the mountains have relocated. It’s also an area with high prices, €340,000 in Haute-Savoie and €224,900 in Savoie, the main two skiing departments, but if you’re buying with rental investment in mind too, there’s lots of potential.

In northern France, Brittany has long been popular with the British, offering the French way of life, rural communities, a vast choice of coastline and attractive towns, all just across the Channel. Some 13,500 people have relocated from Britain to Brittany, where average house prices are €149,700. Neighbouring Normandy and Pas-de-Calais also attract Brits seeking a French home and lifestyle close to the UK; average house prices are a very reasonable €141,000 and €130,000 respectively.

Previous Article Ian Moore: back to school in France
Next Article Running a cycling business and B&B in Limousin