What is the French ‘Réveillon’? 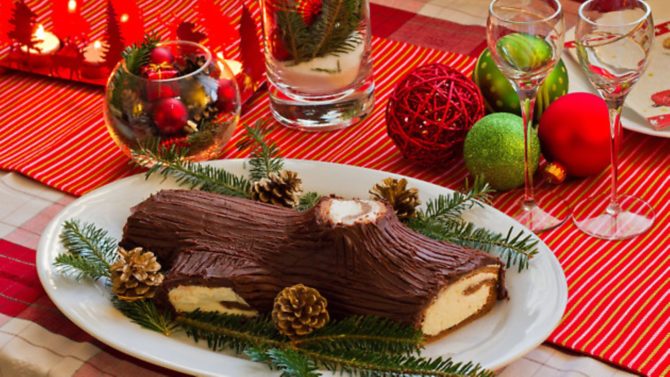 Families in France stay up late on Christmas Eve during le Réveillon, a sumptuous dinner with the best food and wine

It’s mid December and time to get seriously excited for Christmas. In France, after wandering around the wonderful Christmas markets, families are gearing up for a long and often extravagant meal called le Réveillon. The term derives from ‘réveil’ which means ‘waking’. Taking part in a Réveillon means staying awake past midnight to enjoy a copious meal. In France, there are two Réveillons: one on Christmas Eve, le Réveillon de Noël, and one on New Year’s Eve, le Réveillon de la Saint Sylvestre. The Christmas Réveillon is a time to celebrate with the family, and the French will invite as many relatives as possible, leading to huge tables, with everyone happily cramped together. On New Year’s Eve, the dinner is celebrated mainly with friends and followed by a big party.

The food served during Réveillon is traditional French and often luxurious. Families cook special dishes and are not afraid to spend a lot of money on quality products to please everyone. Starters often include Burgundy snails, fresh oysters, foie gras or even lobster. This is followed by roasted poultry, often turkey, pheasant or any other meat that is not commonly eaten in the household. Dishes incorporate seasonal products such as chestnuts or truffles.

In order to make the meal last longer (and aid digestion!), diners enjoy a small ‘trou normand’, which is a sorbet, often citrus, plunged into a glass of liqueur or bubbly. In Normandy, that means calvados apple brandy, but each region selects its local speciality. Throughout the meal, generous amounts of quality wine are served to everyone and the starter is usually washed down with some fizz.

Dessert consists of a traditional Bûche de Noël, which comes in a variety of flavours but is more often than not chocolate. Again, each region has its own sweet treats to finish the meal, such as macarons or cannelés, which are served with coffee or tea. In Provence, people tuck into no less than 13 desserts, representing Jesus and the 12 Apostles, and everyone around the table has to try a little of each.

At midnight, the children are distracted and sent away from wherever the Christmas tree is set up, so that le Père Noël can come and place his many gifts under the tree. Families can also attend a midnight mass held in most churches in France and those who have set up a nativity scene will only place baby Jesus after they return from mass. Joyeux Noël!