Top French chefs cook for doctors and nurses during pandemic 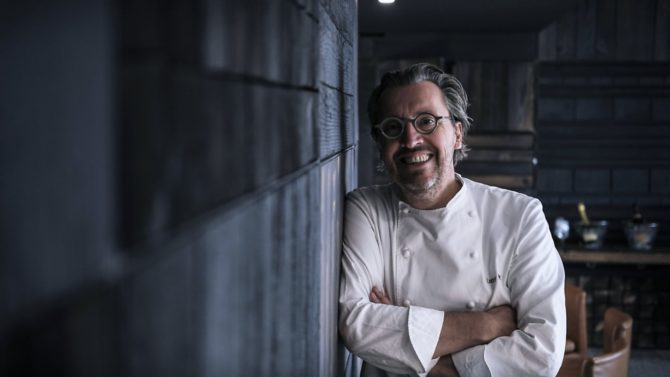 While France remains locked down due to the coronavirus outbreak and restaurants are closed, many chefs have been using their talents to cook for French hospitals instead.

The initiative was launched in Paris by Guillaume Gomez, who has been the chef at the Palais de l’Élysée since 2013. Now 20 chefs in Savoie Mont Blanc have decided to follow suit and have been cooking 1,200 meals every Sunday for doctors and nurses, as well as those behind the scenes, at the region’s three main hospitals.

Among the chefs, there are three Michelin-starred chefs: Julien Machet from Le Farçon in La Tania (one star), Clément Bouvier from Ursus in Tignes (one star) and Mickaël Arnoult from Auberge Les Morainières in Jongieux (two stars).

The chefs buy from local producers who are not able to sell their food at market at present.

In Annecy, five Michelin-starred chefs have joined forces to create a team to cook meals for their local hospital. They include Laurent Petit, who has three Michelin stars for his restaurant Clos des Sens in Annecy-le-Vieux; Jean Sulpice who has two stars for Auberge du Père Bise in Talloires; Yoann Conte who has two Michelin stars for his namesake restaurant in Veyrier-du-lac; Stéphane Dattrino who has one star for L’Esquisse in Annecy and Florian Favario who was awarded his first star in the Michelin guide 2020 for his restaurant L’Auberge de Montmin.

They have been working hand in hand to produce delicious and nutritious meals, using local produce such as fish from Lake Annecy, cheeses and vegetables and plants from their own gardens.

Jean Sulpice said on Radio Mont-Blanc: “We want to pass our savoir faire and enthusiasm to comfort people who are working in this crisis to save lives.”

French President Emmanuel Macron has confirmed France will remain in lockdown until 11 May with restaurants, cafés and bars not expected to reopen until mid-July.

Previous Article Win! A copy of One More Croissant for the Road
Next Article France in photos: Where have our readers travelled this year?