The French tradition of La Chandeleur 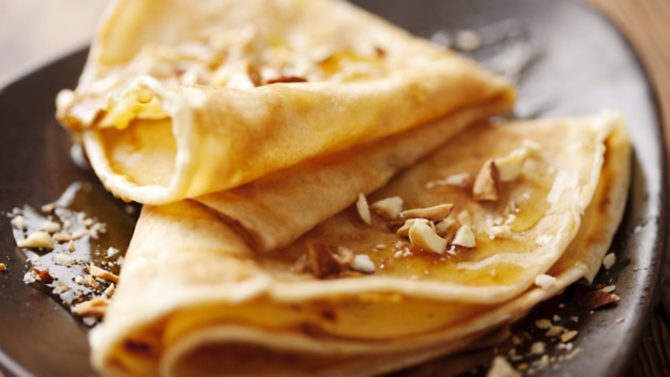 What is La Chandeleur?

La Chandeleur (Candlemas or Crêpe Day) is celebrated in France on 2 February, 40 days after Christmas Day, and sees people young and old tuck into delicious pancakes. The origins of the celebration date from ancient times, but over the centuries many French regions have created their own traditions to ward off evil spirits, or guarantee prosperity for the coming year.

What is the history of La Chandeleur?

In ancient Rome, it was a celebration to honour Pan, god of the wild, shepherds and flocks. Huge processions passed through the streets, with everyone holding lit torches. However, in AD 494 Pope Gelasius I adapted the pagan tradition for the Catholic Church, using candles to celebrate the purification of the Virgin Mary and presentation of Jesus to the temple 40 days after his birth. La Chandeleur is therefore a mix of pagan and Christian traditions.

So how did pancakes become associated with the festivities? It is said that the round, golden shape resembles the sun, and reminds people of the warmth and fertility of spring.

The French tradition of La Toussaint

1. In Franche-Comté, a proverb claims that if you can carry a candlestick all the way home from the church on 2 February without letting it go out, then you will be sure to stay alive during the coming year

2. In Brittany many people believe that if you successfully flip six pancakes in a row in a pan, you will be married by the end of the year

3. Even more bizarre is the superstition that, in order to stay happily married, young couples should throw a pancake on top of a wardrobe

4. The tradition that most people in France follow is: If you hold a gold coin in your writing hand and manage to flip a pancake using your other hand and catch it in the pan, your family will soon become rich