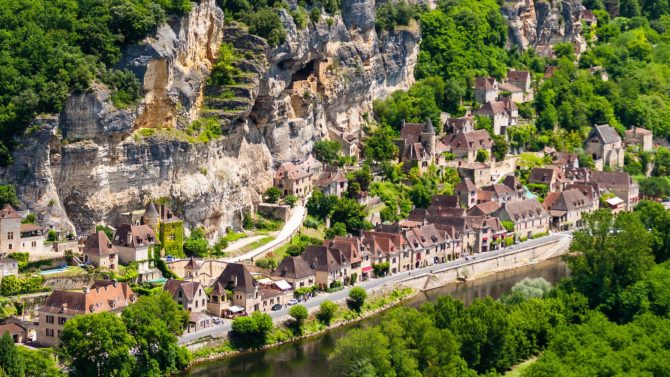 Everyone loves a bargain! Whether you’re looking for a rural retreat, a city apartment, a ski property or somewhere near the sea these are the areas of France where you can find a bargain property

Nièvre in Burgundy-Franche-Comté is a very rural department with only three towns of more than 100,000 inhabitants. The riverside town of Nevers is the capital and can trace its history back to Roman times. Nièvre is scattered with small villages and vineyards and is known for its AOC white wine Pouilly-Fumé.

Indre is located in the centre of France, to the south of the world-famous Loire Valley. The capital of Indre is the charming medieval town of Châteauroux and just outside the town is a vast forest with a number of trails and cycle routes. There are several Plus Beaux Villages, châteaux and interesting towns.

Discover where else in France you can buy a property for under €100,000

Is your French property bargain too good to be true?

The guaranteed sunshine, stunning scenery and relaxed way of life is what attracts many people to the south of France. Provence is a popular destination, but you are unlikely to pick up a bargain here – the average property price varies from €301,200 in Var to €420,000 in Alpes-Maritimes. However, there are bargains to be found in the regions of Occitanie and Nouvelle-Aquitaine where you can still enjoy lazy, sunny days!

Dordogne is a perennial favourite with British expats, partly because of the area’s cheap property prices. Average summer temperatures are 27°C and the area is known for its delicious food and wine. there are no less than 10 Plus Beaux Villages in Dordogne, including La Roque-Gageac and Monpazier, and the popular towns of Sarlat-la-Canéda and Bergerac.

Only a couple of hours from the Mediterranean coast is the department of Tarn where summer temperatures average 28°C. Albi is the department capital which is home to the stunning Ste-Cécile cathedral, Berbie palace and the oldest bridge in France. There are four Plus Beaux Villages in Tarn as well as the Haut-Languedoc regional park and miles of rolling vineyards.

If only Provence will do then try the department of Alpes-de-Haute-Provence, the cheapest department in Provence-Alpes-Côte d’Azur by a long way. This is where the Alps meets Provence and so boasts both mountains and lavender fields as well as being only 80km from the French Riviera. The capital is Dignes-les-Bains, the centre of lavender production in France, and a major draw for visitors are the Gorges du Verdon.

The best places to buy a bargain rural retreat in France…

If an isolated rural retreat is your dream home then France offers plenty of choice at affordable prices. Sparsely populated areas, where there are fewer employment opportunities, tend to be the cheapest place to buy property – just make sure you will be able to make a living (if you need to) before you commit.

Creuse, in the Nouvelle-Aquitaine region, is one of the cheapest departments in France for property and has a population density of just 22/km² so it would be easy to find a bargain rural retreat here. Creuse is home to rolling green hills and cattle outnumber people here, especially on the Millevaches plateau. The main towns are Guéret and Aubasson and there are a number of small towns and villages dotted around the department.

Situated on the edge of the Massif Central in Auvergne-Rhône-Alpes, Cantal has a population density of 26/km². The regional park of the extinct Auvergne volcanoes runs through Cantal and includes the peaks of Puy Mary and Plomb du Cantal which are both popular with hikers and paragliders. There are also several ski resorts in Cantal. The capital is Aurillac and there are two Plus Beaux Villages in Cantal, Salers and Tournemire.

The best places to buy a bargain property by the sea…

If your perfect home is a short stroll from the beach then France has plenty of places to choose from. For most of us the Côte d’Azur is out of reach – average property prices range from €498,000 in Nice to €2,312,500 in Saint-Tropez – but there are plenty of cheaper coastal resorts. Most of them are found in the north of France but we have discovered a few spots in the south.

Located on the Alabaster Coast in Normandy is the picturesque harbour town of Fécamp. There is plenty of stunning coastline for you to explore, including the iconic Étretat, as well as the pretty harbour and the Palais Bénédictine factory where the herbal liqueur Bénédictine is produced.

The seaside town of Gruissan is found along the Mediterranean Coast between Perpignan and Narbonne. There is a sandy beach popular with windsurfers, two marinas and two blue lagoons as well as the 13th-century castle which the village is built around.

The best places to buy a bargain city apartment in France…

Rural isolation is the dream for many but for others their perfect property is in the heart of a bustling city. With plenty of restaurants, shops, theatres, museums and bars on your doorstep, plus more employment opportunities and better transport links, a city apartment has its appeal. Major French cities come with a price tag – apartments in Parisi’s 7th arrondissement average €16,344/m² – but in less well known cities you can still pick up a bargain.

Perpignan is capital of the Pyrénées-Orientales department and is just 30km from the Spanish border in the far south of France. The vibrant city is a mix of wide boulevards and winding streets with orange coloured buildings and olive trees lining the streets. there are seasonal flights from the UK and a choice of Mediterranean beaches are just a short drive away.

Dijon is only 90 minutes from Paris by train and is the capital of the Burgundy-Franche-Comté region. Dijon is the perfect city for food-lovers with numerous restaurants and cafes serving Burgundy specialities of snals, boeuf bourguignon and coq-au-vin with Burgundy wines. The historic city centre is full of charming timbered houses and historical buildings.

The best places to buy a bargain ski property in France…

Dreaming of a ski property? Unfortunately these don’t come cheap! Along with the Côte d’Azur and Paris, properties in ski resorts are the most expensive in France – apartments in Val d’Isère average €9,084/m² and in Courchevel they average €7,188/m². There are some ways to find a cheaper ski property though. Stay away from the most desirable resorts which command premium prices and look at properties further away from ski lifts as these tend to be cheaper. Resorts further down the mountain also tend to be cheaper because the snow is more variable.

You aren’t going to pick up an amazing bargain in the Alps ski areas but the resort of La Plagne in the Paradiski area is definitely more affordable that most resorts. Joined to Les Arcs by the Vanoise Express cable car, La Plagne offers access to 425km of pistes with blue, green, red and black runs. The resort is also easy to reach as the Eurostar ski train which runs during the ski season stops at Aime-la-Plagne, just 20 minutes away.

The Alps aren’t the only mountain range in France and the Pyrénées offer great skiing, less crowded slopes and, importantly, cheaper property prices. Grand Tourmalet is the biggest ski area in the French Pyrénées with more than 100km of pistes including blue, green, red and black runs. there are two resorts in Grand Tourmalet: Barèges, a traditional mountain town, and La Mongie, a modern purpose-built resort.

Reasons to buy a property in the Pyrénées

Previous Article Quiz! How much do you know about French Christmas traditions?
Next Article Good reasons to book a CroisiEurope French river or canal cruise