Pension options for expats in France 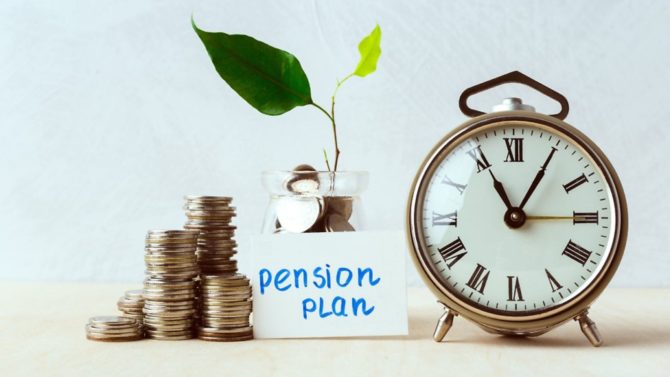 Are you one of the many people who have accumulated several pensions over your working life and are now wondering how to manage them all simply? Added to the administration woes is the fact that everything is in sterling. The UK currency may not be the favoured currency of the moment, given the political situation, so the possibility to access the local currency in your new home country may be attractive. There may also be concerns about financial consequences of leaving an array of pensions to your beneficiaries.

What is a QROPS?

A QROPS is an overseas pension scheme that meets certain requirements set by HM Revenue and Customs, and receives tax-free transfers from UK-registered pension funds. It was introduced in 2006 as a way of helping Brits who move abroad to simplify their affairs by taking their pension savings with them. QROPS usually offer more options than UK pensions for how your money is invested, and whereas most UK pensions are only payable to your spouse on death, QROPS offers the option to include other heirs.

What are the positives?

– The possibility of denominating your pension in euros

– The ability to leave the value to your family

A QROPS appears to be an attractive solution, but there are some grey areas to contemplate.

Is it a pension?

There is a considerable risk that a QROPS may not be considered as a pension. The risk of merely not being a pension does not appear to be a huge concern. “So, what if I lose the 10% allowance given to pension income”, I hear you say. Not a problem if you can live with this minimal risk – but there’s more.

QROPS are usually in a trust

If a French resident puts capital in a trust, which is not perceived as a pension, then there is a far more significant issue. French residents placing capital into trusts are considered as gifting to a non-relative and will be taxed at 60% of the value given.

If there is even a slight risk that our clients might lose more than half of their life savings, we consider this worth highlighting extremely clearly. Moreover, those not declaring a trust will be subject to a penalty, which is the higher of €20,000 or 12.5% of the trust value.

Other potential issues to consider

I started by mentioning the EU and so I also need to talk about Brexit and what that means. The answer, as is often the case with Brexit, is that no one has any firm knowledge of what will happen next (though you will read plenty of opinion aired as fact), so we are left with the joys of Brexit conjecture. The argument is that if the QROP is in the EU, all should be fine; as long as it happens before the UK leaves. The fact it is not a certainty causes concern.

Moreover, one has to be careful of the constantly changing landscape of laws and regulations around QROPS. There was a large QROPS in Asia which was suddenly closed down, as it was declared to be in breach of the rules set by the HMRC, leaving investors high and dry. In fact, the provider won its case against the HMRC, but this caused investors significant issues as this was long after the structure’s closure.

We have seen special penalties applied for certain QROPS of 25% if not ‘appropriately located’ and even 55% if not structured properly. We have seen companies suggesting that a QROP is a good easy first step to an assurance-vie, thus the catalyst for being recommended. The ‘spin’ for doing this is that if the money is in a QROP and not a UK pension, there are tax advantages. While a UK pension will apply emergency of 20% tax to 75% of the capital, if you crystalise its value, a QROP will apply no tax at all.

The best places to retire in France

Guide to pensions in France

Guide to retiring in France

Is it worth considering?

This sounds like a brilliant scheme, however, it does not actually save you a single cent of tax. As a non-UK resident, one can simply and quickly claim the tax back with an easy form. Normally, the tax is returned in around three to four weeks. The cost of setting up the QROP may run to thousands, so you have to ask yourself whether you are willing to pay thousands to the happy financial adviser to avoid filling out an HMRC form to get the tax back and then more to set up an assurance-vie with the same money, meaning the adviser is paid twice.

One of the downsides of a QROP used to be that, if it was viewed as a pot of money, it also became wealth taxable. This problem has disappeared, as long as the QROP is not invested in property, since capital is no longer an issue as wealth tax is now only applied to property.

In conclusion, my mantra is always ‘deal with certainty as far as possible’, so a QROPS would need to be the best and only option to recommend it.

This is not to say that QROPS are off the table but absolute honesty and openness is essential. People need to have all the information available (grey areas included) before they can make an intelligent and informed decision. So far the grey areas causing uncertainty, giving rise to risk, have always dissuaded people.

Previous Article Harvests, gold coins and crepes – its time for La Chandeleur!
Next Article Take the plunge for a new life in south-west France