Harvests, gold coins and crepes – its time for La Chandeleur! 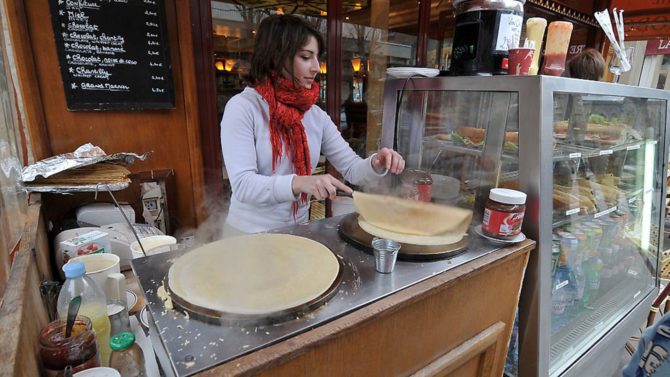 Families and friends get together every 2 February to celebrate an ancient tradition with some delicious, yet simple food.

Exactly 40 days after Christmas, French people meet with family and friends to mark the traditional celebration of La Chandeleur.

Also known as the Christian celebration of Candlemas, the event takes its name from the word chandelle, meaning candle in French.

The ancient date is a festival of light, offering hope in the darkness and a look forward to the brighter spring days ahead.

It originally goes back to Roman times and in 1472, Pope Gelasius I decided the make the date a Christian holiday.

Every 2 February, French people make crêpes to mark the occasion with something delicious to eat. Eggs, flour and milk are in plentiful supply as households whip up either a savoury or sweet treat for their treasured guests.

The reason that La Chandeleur is celebrated with crêpes also goes back a very long time. At around the time that farmers would begin planting winter crops, there was often surplus flour from the previous year’s harvest which was used to make the inexpensive and simple food.

Also, with their round shape and golden colour, they reminded people of the sun.

Peasants soon began to believe that celebrating this date with crêpes would bring good luck and prosperity, by chasing away the bad weather and heralding the arrival of spring.

Even today, La Chandeleur is very popular with French people but it is more out of routine, tradition and a love of crêpes, than the religious reasons it began with.

French people also hold a gold coin in their hand when flipping the crêpes and if caught, that would guarantee prosperity and good luck for the year ahead.

Other traditions are for crêpes to be only eaten after 8pm and to place the first one inside or on top of a cupboard, to ward off poverty and assure a bountiful harvest.

The flavour of your meal is really only limited to your imagination, but one of the most famous styles is crêpes suzette, invented by Auguste Escoffier, made up of grand marnier, orange and lemon, before being flambéed for extra wow factor.

If you enjoyed this article, try these as well –

The best chilled-out resorts in the Alps

How a Belgian author made Maigret a French icon