Location spotlight: the coast of Charente-Maritime 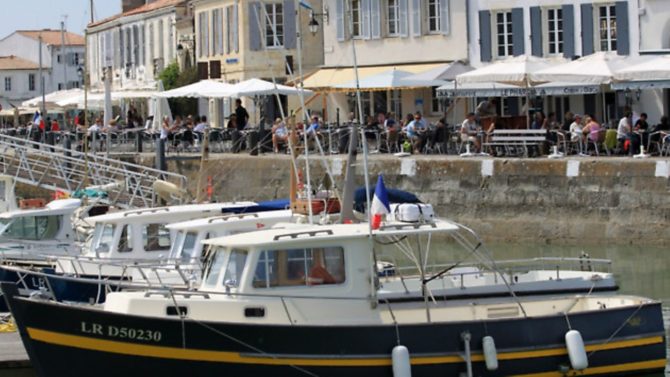 The coastal towns, riverside villages and property market of this sunny French department are explored by Roger Titchener

Taking its name from two bodies of water, the Charente river and the Atlantic coast, Charente-Maritime is best known for nearly 300 miles of sandy beaches with charming islands, picturesque towns and villages and fantastic food. It is considered the second sunniest place in France (only the sweltering Mediterranean coast beats it) with over 2,000 hours of sunshine per year.

The coast stretches from the salt marshes and oyster beds in the north to the Gironde estuary near Bordeaux in the south. La Rochelle is the department’s capital, and here you can enjoy fabulous food at one of the many quayside restaurants or just sit in one of the bars and people watch. There is a maze of 17th- and 18th-century streets through the old town, which is now mainly pedestrianised.

Moving down the coast, the next major town is Rochefort, an important arsenal and dockyard in France during the 17th-century. In contrast, Royan, at the mouth of the Gironde estuary, was once a town for the French bourgeoisie. It was bombed heavily during World War II and is now known for its modernist architecture and wide boulevards with excellent beaches.

All along the coast there are many smaller resorts – Chatelaillon Plage, Fouras, La Palmyre and the Côte Sauvage, St-Palais-sur-Mer and St-Georges-de-Didonne – as well as the four islands, each known for its own character. The Île de Ré has beautiful sandy beaches and villages of whitewashed cottages; this is where the Parisians come to stay and play. The Île d’Oléron is France’s second largest island and again has many sandy beaches. Cars aren’t permitted on the Île d’Aix but it’s easy to explore by foot or bike, and the tiny Île Madame is only accessible during low tide via a narrow causeway.

Move inland and there are plenty of hidden gems of towns and villages as you travel through a pretty landscape of rolling hills dotted with vineyards and, at the right time of year, fields of sunflowers. Saintes, on the River Charente, has medieval houses and you can explore the narrow streets of the old town with its chic shops and cafés.

There are river trips along the Charente, some with meals included. St-Jean-d’Angély has kept its medieval charm and has a bustling centre, with one of the best markets in the area. Another small market town is Aulnay-de-Saintonge, classified as a UNESCO World Heritage Site, and the Marais Poitevin – known as the Venise Verte (Green Venice) – is a unique natural environment of marshes and waterways, best explored by barque (flat-bottomed boat), on foot or by bike.

Fantastic seafood is a speciality of the region, especially the local Marennes-Oléron oysters and buchot mussels. You will see an abundance of local produce at the markets: Île de Ré potatoes, melons, strawberries, goat’s cheese and galette charentaise. The famous cognac is also produced here, with the major houses of Martell, Hennessy and Rémy Martin offering guided tours. The less well-known Pineau des Charentes is a flavoursome apéritif first produced due to a mistake by a cognac producer, who unwittingly mixed grape juice into a barrel of cognac.

The climate is favourable for most of the year; summers tend to be sunny with temperatures around 30°C. In winter it can get down to -5°C overnight, but rainfall is normally low and there are clear blue skies during the day.

There are several differing styles in the department. The popular Charentaise tends to be a symmetrical rectangular building, stone-built with exposed stone inside, exposed beams and a fireplace. Maisons de maître are large country properties with spacious rooms, generally surrounded by land. Farmhouses with their large outbuildings are interesting properties to set up a chambres d’hôtes or gîtes. There are still old wine warehouses and barns available to be converted, but it is getting more difficult to find ones in good condition.

Property prices have, as elsewhere, dropped in recent years, but have started to stabilise. The further towards the coast you go the more expensive it becomes, but move just inland and you tend to get more for your money. For example, on the market currently is a family home with two gîtes in about an acre of gardens for just €280,000. If you’re looking for a holiday home, we currently have a two-bedroom, two-bathroom cottage with courtyard within walking distance of the shops for €139,000.

Seeking to run a chambres d’hôtes or hotel? We have an 18th-century, 10-bedroom hotel with owners’ apartment in a popular tourist area for €930,000. Elsewhere, in a small village, is a renovated maison de maître with eight bedrooms and an attached gîte on about an acre of land, on the market for €299,000.

To summarise, if you want sandy beaches, varied countryside, picturesque villages, a good climate and ease of access, this part of France could be just what you’re looking for. Come and take a look!

Previous Article Guide to setting up a business in France
Next Article February 2015: events in France