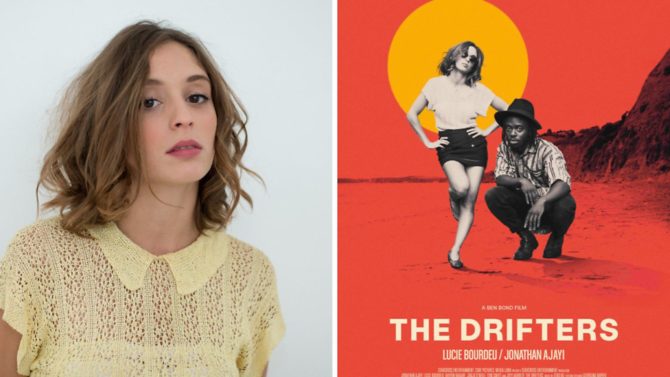 The French star, who plays a wannabe actress hiding out in Devon with her boyfriend in The Drifters, talks about growing up in Paris, her favourite holiday spots in France and gatecrashing casting calls

You started acting when you were young. Were you able to have a normal upbringing in Paris in between working?

Yes I did, because we are very protected in France as young actors. My mum was really against me not going to school and wanted me to be as normal as possible. I loved growing up in Paris. I lived with my parents in Belleville in the same apartment from when I was born. I really love the city and, for the moment, I can’t see myself anywhere else.

What was your time like at the city’s Pantheon-Sorbonne University? How did it shape the way you look at cinema?

I really discovered French cinema when I was there. You get taught things like never look at the camera and editing must be logical and then you see the French New Wave movies and they don’t follow those rules at all. I fell in love with Godard and especially Truffaut.

In The Drifters your character Fanny talks about running after a famous director in the street to get a role. Is that something you’ve ever done?

Ha, I did that once actually! Well, I didn’t run after someone but once they didn’t want to see me during casting because I had already played the girlfriend of the guy in the film and they didn’t want the same couple. I was so angry and I knew where the casting call was, so I turned up and said: “This is really stupid. I’m not going to be the same person on screen. I can dye my hair if you want.” I did it because I loved the part, but they didn’t want to take the risk.

One of Fanny’s goals in the film is to learn English to help her career. Have you done the same – learn the language to help advance your career?

No, it kind of just happened. My mother made me watch a lot of English films so I learnt the language through cinema and music. When I got The Drifters they asked me if I was bilingual and I said: “Absolutely”. But it was a lie. To tell you the truth I learnt English during the shoot. It was fun because the fact that Fanny was also learning English made it real.

You are famous for your role in French TV series En Famille. What’s it been like being part of the show?

The crew and the comedians I work with are amazing. It can be a good and bad thing because in France they can be really close-minded. If you are on TV you can’t be in some films because you are associated with the show. But it has been a really special experience because of how long I’ve done it. I started when I was 17 and I’m 27 now.

Where do you like going on holiday in France?

Every summer I go to a place close to Narbonne and Montpellier called Leucate – La Franqui. It’s a small town close to the sea and I love it there. When I filmed in Devon it reminded me of there.

The Drifters is in virtual cinemas and on demand now