Turning a French château into an artists’ retreat 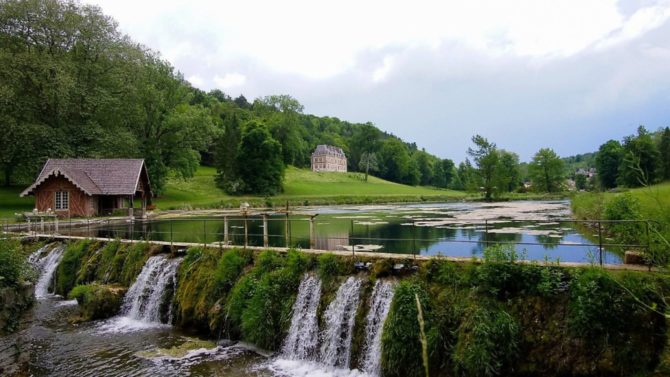 How does a jewellery designer, filmmaker and restaurateur who was born in Israel and grew up in New York come to turn a French château into an artists’ retreat? Ziggy Attias shares his life in Champagne-Ardenne

How did you come to live at Château d’Orquevaux?

My parents bought it as a second home as they were keen to spend more time in France. I’ve been coming here regularly since I was a young child, as have my own three children in more recent times. When my parents started house-hunting they never expected to end up with a place like this but they did, and my father always hoped that it would pass down through the generations. I took over responsibility for the château in January 2016 and began tackling the long list of repairs. I feel like it’s my time to look after the château. I’m the caretaker and it’s my job to bring it back to life.

How much work was involved?

I did a lot of painting, landscaping and generally got the property back into shape, but I called in the professionals for the bigger jobs such as the roof and the plumbing. In addition to the main château, the 40-acre estate also includes gatehouses, guesthouses, stables, workshops, barns and outbuildings. The renovation is still a work in progress, and the main château will have 14 bedrooms and six studios in total once they are all completed. The gatehouses and guesthouses provide further accommodation, and I also hope to convert a number of the outbuildings and barns into studios, galleries and performance spaces.

Escape to the Château: Dick and Angel’s tips on renovating in France

Where did the idea for an artists’ retreat come from?

When I first came here I remember thinking it would be an amazing place for artists. I needed to find a way for the château to pay its way, so I started a social media account to let people know what I was doing. I thought if I could bring artists together here we could really make this a creative place and take care of the property too. I had 40 artists for the first residency in 2017 and that number doubled to 80 this year. Deciding who to accept is based on who they are, what they do, where they are in their lives and what they’re searching for. It’s all about the creative energy. The idea is that people can leave their regular lives for a while and fully commit to being an artist. Part of the inspiration process is the attraction of France as a country as well as the residency itself.

How much time do you spend at the château?

I spend at least 10 months of the year in Champagne-Ardenne and I tend to move around the château as work is started and finished on the rooms. Friends and family, including my grown-up children, visit during the summer, and while I keep a small apartment in New York City I intend to make France my full-time home in the near future.

Do you feel at home in France?

Being in France energises you – the country, the countryside, the people, the light, the food – and I do consider this my home. There’s a deeper sense of community here and people seem to want to spend time together. The whole village has been very welcoming and the support I’ve had has been beyond my expectations. Many of them were concerned about the château falling into disrepair as it is a very big part of such a small village, and they had spoken to my father about it before, so they could see that I was bringing it back to life. We now hold open studios as they are so interested in coming to see what the artists are doing. I feel like we’ve all been taken in by the village and we’re taking the village in too, so it’s a two-way thing. I’m creating this whole other kind of community that I never could have imagined. This whole place is a giant art project and it’s going to be bigger than anything else I do. It’s a creative outlet for me and I think it will turn out to be my life’s work.