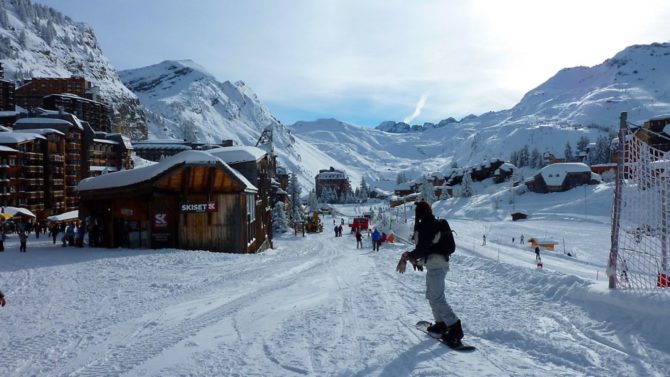 From lakeside jazz festivals to chestnut fairs, get stuck in with these events taking place across France in December 2018

After a successful inaugural event, seeing over 250,000 visitors, this stunning Chinese lantern festival is back. This year it is even bigger, with a whopping 3.5 hectares of lights to marvel at. Lantern festivals date back to the Tang dynasty, between the 7th and 10th centuries, and this is the biggest one of its kind in France.

This much-anticipated light festival transforms Lyon into an illuminated idyll. The event has its roots in the 19th century, when the Lyonnais placed lit candles in their windows to mark the installation of a statue of the Virgin Mary on Fourvière Hill in December 1852. This tradition has grown into one of the world’s biggest light shows, with more than 50 illuminations brightening up the city’s streets, parks and public squares.

Corsica’s chestnut fair sees hundreds of artisans and around 20,000 aficionados descend on the village of Bocognano to celebrate all things nutty. At the Fiera, considered to be the most important regional fair on the island, you can buy chestnuts in every form: fresh, grilled, ground into flour, coated in chocolate and mixed into cakes. Which is your favourite?

Celebrate Christmas in the champagne capital with over 40,000 gourmands. This year’s theme is Jules Verne, so ‘machines fantastiques’ inspired by the novelist’s universe will be on parade. Don’t miss the Habits de Saveurs on Saturday night, celebrating the region’s gastronomic heritage with the best chefs and cuvées on offer.

habitsdelumiere.epernay.frJazz at the Grange – 14-16 December

A relatively new addition to the bulging French jazz calendar, Jazz à la Grange at Évian-les-Bains makes a refreshing breather from the Christmas carols we’ll be hearing on repeat this month. Now in its third year, the festival takes place at the legendary Grand au Lac concert hall. The grand finale is a jazzy twist on the Carnival of the Animals led by actor Denis Podalydès.

If you’re in Avoriaz for the opening weekend of the ski season, don’t miss this winter sports gear festival. More than 50 brands will be presenting the newest ski and snowboard equipment that you can test out, as well as showing off the latest technological innovations.

This festival of all things turkey in the small Pas-de-Calais village of Licques culminates in a Sunday morning bird parade. Here, the farmers of the Confrérie de l’Ordre de la Dinde, donning traditional costumes, proudly present their feathered broods to onlookers.

This contemporary music festival is a trend-setter. It is renowned for launching talents; many artists who have performed here have gone on to be even bigger stars. The line-up is very eclectic; performers in previous years have ranged from Björk to Fat Boy Slim, Stromae to the Kaiser Chiefs.

Forget the Hollywood Walk of Fame; here it’s all about the Slope of Fame! Over 120 films will be shown in the resort for this festival, celebrating ten years of cinematic success. This year’s President of the Jury, in the festival’s tenth year, is Force Majeure director Ruben Östlund.