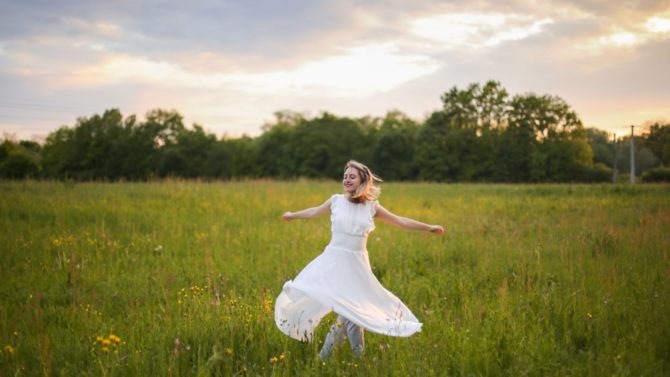 Before France, I was photographing families and newborns in New York City and Washington D.C.

I was also dreaming of a move to Europe with my husband, but I never thought it would become a reality!

What attracted you to Alsace?

We had initially never heard of Strasbourg before moving to Alsace. My husband got a job offer teaching English at the University of Strasbourg and as a freelance photographer and blogger, I am able to move to new places when my wanderlusting heart calls for it.

Once we researched the beautiful city of Strasbourg and the surrounding area including the Vosges mountains, Colmar and enchanting towns such as Ribeauvillé, Riquewihr and Kaysersberg, we were instantly hooked.

Did you find it easy to find somewhere to live?

Surprisingly, yes! It was a fairly simple process. We searched for apartments a month prior to our move-in date on the website Leboncoin.

Once we arrived in France, my husband needed to get a phone and a temporary French phone number so we could schedule appointments to visit apartments that he found listed. One thing we discovered is that the French prefer to respond by phone as opposed to email, so most of our emails went unanswered for months.

Alex booked an Airbnb for us in Strasbourg and we ended up taking one of the first apartments we saw – which turned out to be perfect for us! After the apartment was secured, everything else was much easier.

How long have you lived there?

We moved to Strasbourg in September 2018, so we’ve been here for nearly two years.

What do you most enjoy about living in Strasbourg?

I’ve travelled all across Europe, but Strasbourg is definitely the most visually stunning European city I’ve been to.

It’s not a busy hustle-bustle city like Paris is, but it’s also not a slow city either. There is much care and importance placed on community and city-held events in Strasbourg. The city truly caters to its residents and encourages people to come together to celebrate the seasons of the year with its many festivals like dancing in the streets in the summer months and Valentine’s ‘Strasbourg Mon Amour’ in February.

Plus, I just adore the public transportation in Strasbourg. Biking is very popular here while the tram glides quietly along the manicured grassy streets and is a clean, enjoyable commute.

How long have you been a photographer?

For four years. I grew up in a family of photographers, but surprisingly enough, it was always just a hobby for me. Prior to photography, I grew up as a child actor and worked in the theatre in New York City. But I fatefully picked up a camera in the spring of 2016 and I’ve never looked back! It’s been an absolute dream documenting the joyous life milestones and real, emotive connections between families. It’s my dream job and I’m so grateful to be able to connect with others and gift beautiful art to families and their children as my career.

What have been among your favourite shoots in France?

I am most drawn to photographing mothers, families and their children in soft, dreamy, magical natural light.

As an expert in family photography, I’ve never photographed couples before. But since moving to France I’ve been lucky to photograph so many engagement sessions in Strasbourg. I have also been quite busy photographing surprise proposals at the Strasbourg Christmas Market!

My favourite sessions are when I emotionally tear up behind my camera lens, along with my clients, during surprise proposals or during those quiet moments when my subjects aren’t noticing me but simply being with one another.

Two of my favourite sessions were a child’s first trip to Disneyland Paris and a family session I photographed in Strasbourg’s Petite France – the fading golden sunrays were too magical for words!

Where are your favourite locations in France for photos?

My favourite place to photograph portraits is Strasbourg’s Petite France. The historic half-timbered houses, cobblestone streets and the canals are stunning backdrops for my subjects.

I also love photographing family and maternity sessions in the natural fields and forests by Canal de la Bruche.

Do you have a favourite market or shop in Strasbourg?

Strolling down Marché de la Marne is a delightful Saturday outing. The market stretches down for blocks and the experience of navigating through the crowds of people with their assortments of flowers and fresh produce is a treat.

For the best Flammekueche (tarte flambée), Z Brasserie is a great choice and for an historically French fine-dining experience, Brasserie Floderer. Strasbourg is a haven for foodies.

Is there any aspect of living in Alsace that surprised you?

I discovered the nuanced origins of the inhabitants here, like how the people that lived here became French and then German – due to the border moving throughout history – and then back to French again. Strasbourg actually considers itself neither French nor German but Alsatian.

Alsace is also right on the German border, so from Strasbourg, I can take the local public tram to the last stop which happens to be in Kehl, Germany and I don’t even need a passport!

What advice would you give to expats thinking of moving to France?

If you use Facebook, join a few Facebook groups to begin networking, learning about the area and getting a taste for the neighbourhoods. Some of my favourite groups are Expats Living in Paris and English Speaking People in Strasbourg. I’ve learned so much reading Facebook posts from local expats. One might also consider joining a membership community like I did with ‘Americans in Alsace’. I’ve even made several friendships with fellow photographers and entrepreneurs in the area by simply reaching out on social media and asking if they’d like to grab coffee.

Lastly, try to learn some French. Understandably, most people in Alsace don’t speak English, so I experienced a bit of culture shock and loneliness at the beginning.

I write a lot about my personal experience as an expat wife and entrepreneur, as well as moving tips and local Alsace guides on my blog if anyone would like to read more about my journey adapting to French life as an expat.

How much does it cost to move to a French city?

Revealed: France’s most beautiful villages of 2020

Previous Article You could buy these beautiful homes in Occitanie for less than €150,000
Next Article French Icon: The Cancan