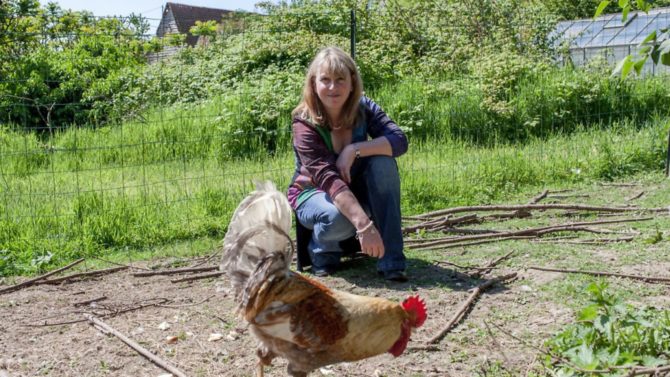 Most people have a plan when it comes to finding their ideal property in France. Living France’s new columnist, Janine Marsh, did not.

It began with a booze cruise in 2004. I went to Calais to buy wine with my husband Mark and my dad. We left London for Dover by ferry under a miserable, ominous grey sky. It didn’t get any better when we got there, bought our wine and headed inland to find a cosy bistro to indulge in some tasty French cuisine. We stopped off in a town called Hesdin, an hour from Calais in the verdant Sept Vallées.

Cobbled streets glistened under a steady stream of sleet as, wrapped up against the chilly wind, we searched for a place to eat. Alas we were too late. We didn’t know it then but restaurants in France are generally not an all-day affair, and arriving at 1.30pm will likely result in a “non” when you want a table.

“Blimey,” said my dad, “you wouldn’t want to live here would you?”

En route back to the car, soggy and fed up, we stopped to look at houses for sale in an estate agent’s window. The agent spotted us and invited us in for coffee. It was too much of a temptation and we trotted in. Now he had us.

“Ow much moanee are you looking to spend?” he asked.

I choked on the strong French coffee and assured him we had no money, and we weren’t looking for a house in France at all. Undaunted, he picked out the three cheapest properties he had and handed the details over. We bid him au revoir, certain we would never see him again.

Back in the car we considered going straight home. “Or… we could just take a look at these houses, they’re all under €100,000,” I said. My interest was piqued by the low prices.

“It says they’re all in towns just 20 minutes from Hesdin, there might be an open café in one of them, and it’s on the way back to Calais anyway, via the scenic route,” I continued.

Tempted by the prospect of a cosy local café serving hot food, they both agreed with my suggestion.

We drove for 30 minutes and arrived in a town that had one road and a town hall, but no café. The house for sale was in a semi-derelict state. It was the same in the next town. And the next.

But….The last house was in a pretty village, and by fate the owner saw us lurking outside and invited us in to look around what was essentially a hovel with dirt floors, where the wind howled through holes in the walls and roof.

For me it was instant, overwhelming, love at first sight. I knew the long, low farmhouse had huge potential.

A week later it was mine. My crazy French adventure had begun.

Gillian Harvey: Why I’m so glad I moved to France