Ian Moore: the perils of the French language 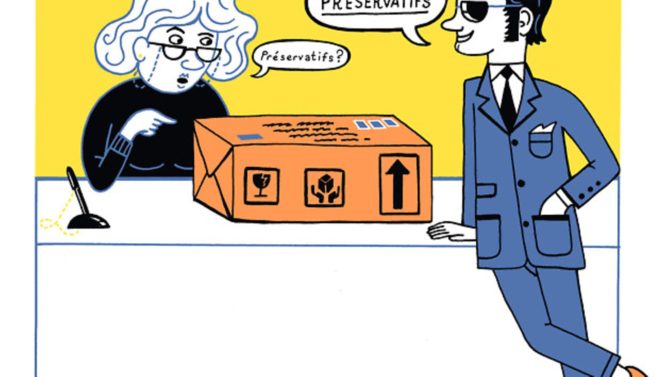 There’s something quite daunting about spring in France. I had the rather optimistic view that I would while away my life swaying gently on a hammock; Test Match Special buzzing away in the background; moving occasionally to uncork a lunchtime rosé. I reckoned without the annual ‘stand by your beds’ arrival of a nagging Mother Nature though, and her relentless springtime ‘me-me-me-ism’.

In practice, spring means sorting out the well, mowing the grass seemingly every 45 minutes, fortifying the outdoor furniture after a winter of rotting neglect, releasing trapped, angry, nesting house martins from the outbuildings, trimming the hedges, clearing the swimming pool… It. Is. Endless.

One springtime role I take more seriously than most, though, is that of ‘Fruit Tree Protector’. I love my fruit trees. The previous owners planted 21 fruit trees for their only child’s 21st birthday; a wonderfully romantic gesture, but one that they literally never saw come to fruition as they moved before any bore fruit. I have been the lucky recipient and I take my responsibility very seriously indeed; guarding my nascent spring buds like a mother goose guards her eggs, with a mixture of wary vigilance and potential violence. Late April sees two varieties of cherries appear; through the summer months it’s pears, peaches and apples; then the autumnal plum and quince harvest kicks in, before finally the year ends with the aesthetically challenged but sublime medlar, which the French call the ‘cat’s arse’ for obvious visual reasons.

It has become a labour of love. The thing is, I just can’t eat the stuff. As a mod, and therefore something of a clothes obsessive, fresh fruit is almost like kryptonite to Superman. Fruit presents a constant hazard of mess, a potential ‘juice on the Fred Perry’ fear that we can either run the gauntlet in nonchalant fashion or avoid entirely.

I prefer the latter. This rather puts pressure on my family to absorb the tonnes of fresh produce we manage to produce each year and so, to soak up the surfeit of fruit, I stand happily over a bubbling pan, boiling the goodness out of the stuff, packing it in jars and calling it chutney.

The process of chutney-making has become my hobby, my down time. Nothing bothers me; no negative thoughts reverberate around my head; I am totally and completely chutney-focused, and by the end of the year, I have enough jars to happily dish out as Christmas presents to ‘grateful’ family, and even to clients who frankly are baffled with my culinary exploits and how different it is to my showbusiness ‘image’.

The French are less enthusiastic, preferring their fruit the old-fashioned way; you know skin-on, juice, etc. It’s unacknowledged and, therefore, chutney in French is ‘le chutney’ and ‘preservatives’ are ‘les conserves’. Unfortunately, last chutney season, in my head, they became ‘préservatifs’, which is, of course, the French word for condom…

“I’d like to send this box to England please, fragile,” I announced loudly at the post office. Like a confident school pupil the day before an exam, I felt I’d done my prep and I had full confidence in my French.

“Pas de problème,” said the postmistress, ‘what’s in the box?’

“Préservatifs!” I proudly explained, as my eldest son slunk away in embarrassment.

“Préservatifs?” She repeated in confusion.

“Yes,” I said, still confident, “Préservatifs. I make my own.”

She, incredulous: “You make your own?” My son had left by this point.

“Yes,” I answered, confidence sapping all of a sudden. “Then I send them out as presents. We all have our favourite flavours.

We try them as a family on Christmas Day.”

“Monsieur…” she began, clearly regarding me as a complete fruitcake.

I realised my mistake before she had had the chance to fully explain and, therefore, possibly exacerbated the issue by jauntily asking if she wanted a sample herself.

That was in December and I’ve managed to avoid the post office since, but now it’s spring again and I may just try the fresh stuff this year instead.

Ian Moore is a comedian, writer, chutney-maker and mod who lives with his family in the Loire Valley www.ianmoore.info Read about Ian’s observations on:

How the French treat their pampered pets