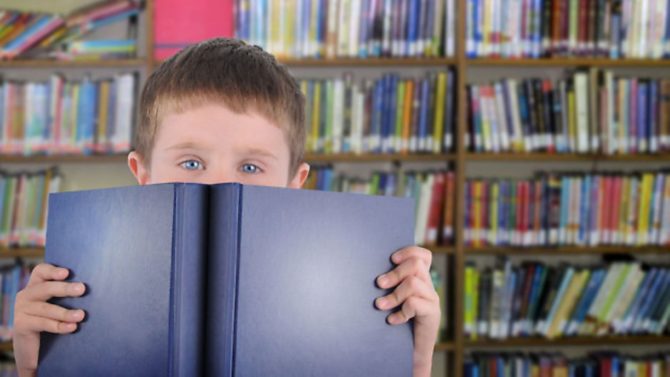 Starting out in the French education system

“One of my earliest memories is standing alone in the corner of the school courtyard, watching the other children scream in delight, laughing in fright and shout words I didn’t understand. I was three years old, and had just started at a French nursery school, with only my English mother tongue to communicate with the other children who only spoke French. What could possibly go wrong? My parents moved from Surrey to France just over 25 years ago. They travelled around on their boat before mooring up near Béziers. In 1993, I was born in Béziers and took my first steps on a narrow boat on the Canal du Midi. My mother became pregnant with my brother and my parents realised the boat was getting too small. They journeyed up to Burgundy, sold the boat and bought a crooked house in Vermenton in Yonne. My brother was born in Auxerre in 1995, and my sister arrived three years later.

Since I was the oldest, I went through everything first. I was the ‘experimental one’ for my parents who did not know the French school system. Maternelle is French for nursery school and welcomes children from the ages of three to five in the classes of petite section, moyenne section and grande section. So here I was, brought up in English until the age of three and suddenly surrounded by French children. I was learning the alphabet in French at school and listening to the English alphabet sung on tape at home. A few weeks into my first term in maternelle, I was happily chatting away in French, making friends, and even entertaining a budding romance with Max Piffoux, the doctor’s son.

Then I went on to école primaire, primary school, from the ages of six to 10. My siblings and I quickly became bilingual and were soon correcting our parents’ French. We also teased our cousins when we saw them in their school uniforms, an alien concept for us. At the age of 11, I went to collège, which is like secondary school. The local collège was in Vermenton and welcomed 300 pupils from around the area.

In France, you sit your first official exam at the age of 14. Often compared with the GCSEs, the brevet is taken at the end of collège to assess your progress. The difference is that pupils must take all the subjects they have studied so far: French, maths, history, geography, science and languages.

By then, it’s time to choose your lycée, the equivalent of sixth-form college. I chose the Lycée Jacques Amyot in central Auxerre, known for Arts and Humanities. In the first year, called seconde, we continued to study every obligatory subject in the French academic system. At the end of that year, you choose which course you will study for the next two years, première and terminale.

I chose the bac littéraire where I deepened my love for French literature, improved my Spanish and also took Russian. English is an obligatory language for French lycée students.

I got distinction (felicitations in French) and set off to Paris for university. My teachers strongly recommended I went to a classe préparatoire which is unique to the French system and is housed in a lycée. This two-year course is very intensive. At university, French students can choose their subjects and tend to have approximately 25 hours of classes a week. But in classe préparatoire, it was closer to 40 hours, excluding library work. This course is quite elitist in France and was created as a higher level alternative to ‘normal’ university.

We were trained to sit a very difficult exam at the end of the year which could then get you into a grande école, a highly regarded institution. Many French writers, philosophers and academics went through this system. I attended the lycée Victor Duruy in the heart of the seventh arrondissement. It was a tough time and we were put under a lot of pressure but the intellectual wealth I gained from it was worth it. I failed the grande école exam after realising I had no desire to become an academic.

In order to complete my licence, I attended a modern literature course at the Sorbonne for my third year. I completed my bachelor degree during a quiet year where I made the most of Paris and everything it has to offer.

Who’d have thought that quiet little girl in the corner of the school courtyard would end up where she is now?”

Learning French at a language school