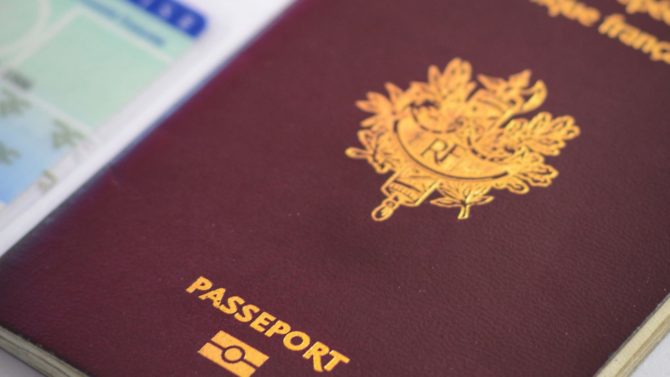 Earlier this year, writer Mark Sampson recounted his journey so far in gaining French citizenship. Now officially a French citizen, he explains the final stages of the process

When I awoke on the morning of my birthday this year, it was the first time I’d ever woken up as an official French citizen. Just over a year since submitting our dossiers at the Bureau de la Naturalisation in Toulouse. “Do you realise,” my wife pointed out, “we’ve changed the course of our family history?”

Our main preparation for the big occasion involved learning by heart the words of the first verse and chorus of our new national anthem, La Marseillaise – and, more to the point, learning to sing them. The gory words – about rousing the citizens to spill the murderous enemy’s blood in defence of the fatherland – do not scan easily. The idea of Premiership footballers bellowing out the refrain as a mark of solidarity following the Charlie Hebdo massacre… Makes you wonder!

It was a beautiful October day for the big day itself and the Lot valley shimmered gloriously in a golden autumnal light. My, how privileged and fortunate we felt to be living in – and now effectively endorsed by – this beautiful part of a troubled world. The only pity of it was that, for whatever reason, my wife hadn’t received her invitation to the event when our daughter and I received ours. Our contact at the office in Cahors was apologetic but philosophical. It was not the first time that husband and wife had been denied their connubial moment of triumph. And the longer we continue to wait, the more we fret about what that is. Have they changed their minds? Or lost the dossier?

And yet we had received our letters of welcome on the same day. Back in April I had almost given up hope of telling enquirers that yes, we were all now French citizens. Glumly, I would temper my wife’s incurable optimism by suggesting that it wasn’t going to happen. The revenge, surely, of the President in his last hours in office: to make those ungrateful Brits pay for the temerity of ‘Brex-eat’. And a new president would probably decree that we go through the whole laborious process once more.

But I was wrong. In early May, fearing bills as always, I opened our letter box at the top of our track and there I found three identical letters from Paris. I tore mine open. YES!!! I felt like the singer of that song, wanting to shout my secret love from the highest hill.

Dated 28 April, the Ministère de l’Intérieur was pleased to tell me that I had acquired la nationalité française. Bless him! I felt a real surge of emotions: relief spiced with a mix of triumph and genuine pride. Over the next few days, I told the doctor, his wife, the mayor and anyone who cared to listen that I was French!

On the door, I signed a document to say that I didn’t wish to renounce my British citizenship. I would also keep the ‘k’ of Mark, merci. That morning someone from the France 3 TV channel had phoned me up to ask me what prompted my application. “No,” I replied defiantly, “it wasn’t Brexit.” We had started compiling our papers before the referendum. As soon as my wife and I sat down, a local journalist collared us – and obvious compatriots – to ask a range of similar questions.

Of the 40 or so prizewinners, most were North Africans – supplemented by a handful of Brits, a few West Africans, one or two Vietnamese and a Dutch couple. I seemed to be about the only male there dolled up in a suit for the occasion. Apart, that is, from the préfet himself. I figured Monsieur Jérôme Filippini for a naval man judging by the cut of his cap and epaulets, but discovered that this affable and youthful middle-aged man was wearing his prefectural costume.

After an opening address and a short film, Devenir Français (Becoming French), the prize-giving commenced. Each one of us in alphabetical turn came to the front, some with a representative from their local mairie, to shake hands, receive their gift pack and have their photo taken with the préfet between the French and the European flags.

My wife stayed long enough to witness my moment of triumph, then sneaked out to check on our French dog Daphne who was waiting outside. Unfortunately, she missed the chance to shine in the Marseillaise. I sang, though, with the gusto of two. The anthem was followed by a group photograph outside and then the obligatory goûté. A little light refreshment was just what the préfet ordered and set us up for the drive back home in the glorious late-afternoon sunshine. Before slipping away, however, we said our au revoirs et mercis to Monsieur Filippini – just to reassure him that these new French citizens know how to behave in polite company.

So what does it all mean in practice, this new status? I’m too old for the territorial reserve and too nervous to be a pompier, but I can vote now and contribute to society in more ways than taxes. Like our fellows at the prize-giving, the honour bestowed on us represents security of tenure and a validation of our seriousness. Living in a foreign country where they speak another language is not a frivolous undertaking. Our family has passed its test and now we have a livret de famille. During our 22 years in France, officials have asked us constantly for this document: a kind of family passport. Constantly, we’ve had to explain that all we had were our UK passports. Which reminds me. I’ve now started the application process for a French passport, too. Another badge of honour to collect.

My new status has already garnered certain privileges. Our local mayor has asked me to appear at his side for the annual Armistice Day ceremony outside the mairie – as citoyen d’honneur. I may be asked to give a speech. Given my immutable Home Counties accent, some of my words will inevitably be lost in translation. So far I tend to say that I’m Anglo-Français. Despite the current shambles, I’m still proud to be British. But I’m equally proud to be a Frenchman. Who can sing the Marseillaise. Without looking.

Will British expats still be able to France?

How has Brexit affected this family in France?