Helping bilingual children to read and write in French and English 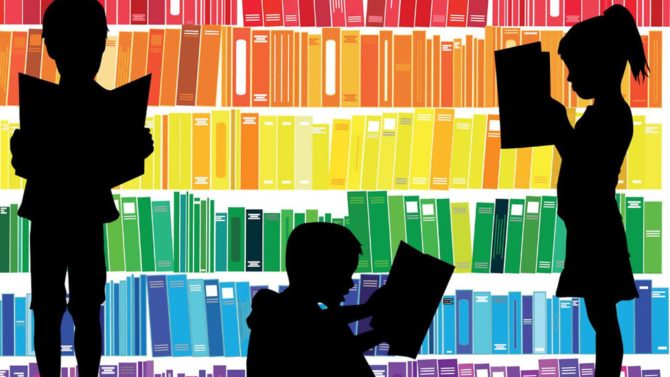 Is learning to read and write in two languages a challenge for bilingual children, and what can parents do to support them? Claire Winterton consults the experts and shares some tips for fellow parents

As a book lover myself, I couldn’t wait for my son to understand the pleasure of reading and to experience the sensation of losing himself in an exciting new world. But I didn’t know how or when to start the process, especially as Remy went to our local village French school, so official learning to read didn’t start until he was almost six – in the UK children start learning to read at age four or five, but in France they wait until the famous CP (classe preparatoire) when children are five or six. Should I have taught him to read in English before he started in French? Should I have been worried that if he learnt to read in French at school he’d never want to learn in English?

In his book, Bilingual: Life and Reality, François Grosjean, Emeritus Professor of psycholinguistics at Neuchatel University, Switzerland, writes about a 2006 report commissioned by the US Department of Education, which showed that “there is a real cross-linguistic influence of literacy knowledge, processes, and strategies from one language (predominantly the strongest one) to the other. For example, word-reading skills acquired in one language transfer to the other… and there is also cross-language transfer of reading-comprehension ability. Clearly biliteracy is possible, and it will not hinder the bilingual child”. So how to go about introducing English reading, when my son’s head was already so full of French sounds? Would it confuse his French learning if I started with English sounds? The evidence suggests the contrary.

WHAT PARENTS CAN DO

Let the child lead the way

I let my son lead the way and we focused on helping him to read in French. Every night we did his homework with him, which usually consisted of reading a few lines of text and learning one spelling, along with learning by heart one poem per week. We continued to read to him in English, unless he chose a French book, and then slowly we started asking him to read a few lines or pages of a simple French book.

We weren’t pushing English at all, but one day our son said he had been doing crosswords at school and he asked if they existed in English. I was delighted and immediately went online where I printed out two crosswords for free. Using pictures, he identified one clue as ‘rabbit’ so he went to the list of words to find the word. He looked down the list and stopped at ‘r’, then proceeded to sound out rrrabbitte’, rolling his ‘r’ in his lovely French accent, with the sounds he had learnt at school. It only took him a few seconds to convert the French-sounding word to the English version. He was so proud of himself and I finally saw how learning to read in French was going to help his English, even if the sounds aren’t the same.

I was reminded of this when we were at a pantomime. While watching an English-language performance of Treasure Island, there were pirates chanting ‘walk the plank’. They had some pieces of wood with the word ‘plank’ written on them. When he saw it, Remy looked at me with big, bright eyes and a huge smile on his face and said ‘plank’.

You could register your child in a local international school to improve their writing skills, or if you don’t have one locally there are also online schools like Black Hen Education which offer English language courses for students aged four to 16 years. Course material is emailed to you and you work on it with your child at home.

The new French baccalaureat: the changes so far and what will change in 2021

Previous Article What is the best age to move children to France?
Next Article Recipe: Tomato Tart by Michel Roux Jr