Guide to utilities in France 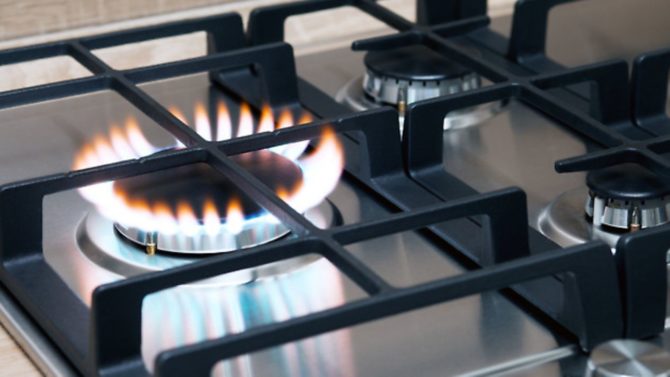 One of the first things you will need to get to grips with following a move to France is your gas, electricity, water and telephone supplies. Here is our simple guide to setting up utilities in France

The energy market in France has opened up considerably in the past few years. It was, to all intents and purposes, a monopoly for the former state-owned companies EDF (Electricité de France) and GDF (Gaz de France) until in July 2007, the French government finally bowed to pressure from the European Union and let in the competition.

Today there are more than 20 companies active in the market, and although EDF and GDF Suez continue to maintain a large share due to their government-regulated price offer, which is generally lower than the competition, continued pressure from new entrants is seeing these regulated prices rise each year, thereby gradually levelling out the playing field.

Not necessarily good news for the paying customer, but then France has to play by EU rules the same as every other country, and once customers get used to the idea of shopping around for their energy, it should be hoped that prices become more competitive across the board.

Although prices have increased recently, the cost of electricity in France remains among the cheapest in Europe as most of it is home-grown; generated by the country’s significant nuclear energy programme. France is also a major exporter of electricity, with EDF a key supplier in several European countries, including the UK.

EDF owns and runs the infrastructure network. However, it must by law allow other suppliers to use it. anyone needing to install new lines to connect up to the network can either work with EDF directly, or ask their chosen supplier to act as intermediary.

When it comes to choosing your electricity supplier, the best place to start is the website www.energie-info.fr. You provide basic information – location, electricity usage and requirements – and the site puts together supplier offers. Most suppliers have adapted a range of options, including for fixed rate, peak and off-peak rates, and an index-linked rate using the state-regulated tariff (tarif réglementé) as the index. However, the actual tarif réglementé, set by government authorities once a year, is only available from EDF due to its favoured position as the ‘fournisseur historique’, meaning the historic supplier. There are also green options available, as well as various different promotions at any one time.

And it doesn’t stop there. there are nine levels of power supply available in France, from 3kVaup to 36kVa, with EDF’s annual subscription cost ranging on a sliding scale from €53 for 3kVa up to €708 for 36kVa (price current December 2014). the average household manages on 9kVa but, say, a couple with minimal needs could get by on 6kVa or less, whereas a family with a dishwasher and two or more televisions and computers could need more. Charges are thereafter calculated on a cents/kWh basis for electricity used, with rates varying according to the option chosen – for example EDF’s standard charge in 2014 was 0.14€/kWh, in peak hours it was €0.153 and off-peak hours €0.106.

Once you have chosen your supplier, speaking to them directly about your needs to opt for the right supply package. As in the UK, to get up and running, you will need to sign a contract, providing the usual documentation (proof of identify, proof of residence, etc) and a bank RIB (relevé d’identité bancaire, i.e. bank account details) if you want to opt to pay for your energy by monthly direct debit.

Most gas in France is sourced from across its borders, notably from countries such as Norway, the Netherlands, Russia and Algeria. Mains gas is only available in larger conurbations, and as with electricity, is also accessible for use by competitor suppliers.

Again as for electricity, the more favourable state-regulated price offer is only available from GDF Suez thanks to its ‘fournisseur historique’ status, with the tariff set once a month. During 2014, this tariff for standard use vacillated between 9.87 and 10.32 cents per kWh during 2014, with the annual subscription fee set at €66.4. Other suppliers have a range of open market offers to choose from, but the main points of comparison are the annual subscription fee and the usage per kWh price.

For those living outside the mains gas pipe structure, if your house is located only slightly outside the network, you could get an estimate for an extension (raccordement) to link to the mains. Otherwise, you have the choice of installing a gas tank (citerne) on your own property for larger consumption needs, which involves a contract, as the supplier installs the equipment as well as providing regular gas refills. The cost of installation is not cheap, and the average price for the gas is around €2,000 per tonne delivered.

Or you can buy bottled gas, readily available in most supermarkets and petrol stations in 6kg, 13kg and 35kg cylinders. You pay a small deposit fee for the cylinder bottle originally, thereafter swapping it for a full one as you need. the cost for the most widely used 13kg gas cylinder is currently around €30. Four 13kg cylinders are normally sufficient for cooking purposes for a year in an average household.

There are two types of bottled gas available: butane gas, which needs to be stored indoors, and propane gas suitable for outside storage.

The water market is less competitive with only three principal providers – Véolia (the former national water supplier), Suez and la Saur. However, consumers don’t have the opportunity to shop around, as both fresh water supply and sanitation are the responsibility of each commune. Some municipalities manage it themselves. However, the majority contract out to the private sector.

You will need to contact your local mairie or communauté de communes to identify the provider for your area and set up a contract in your name. Most water supplies in France are metered, with the average annual price for a household of four people estimated at around €400. The water bill is broken down into three parts: tap water, sewage services and taxes.

Some more rural hamlets may not be connected to the central water supply, but it is worth asking if it’s possible to get linked up as the French authorities are committed to increasing coverage as much as possible. You may well be asked to contribute towards the cost however.

If you buy a property with a septic tank – whether from a big-name provider such as tricel or otherwise – be sure to check it conforms to the required environmental standards set out by SPANC (Service Public d’assainissement Non Collectif ) – installing a new system can cost between €5,000 and €8,000 according to experts, depending on the complexity of the work involved.

France Telecom – the French equivalent of British telecom – owns and manages the national telephone grid. As with BT, it must give access to the network to competitor telephone providers. However, it continues to hang on to its historical dominance of the French fixed-line market under the Orange brand. (France Telecom’s fixed-line business changed its name officially to Orange in 2013 – the company originally acquired Orange in 2000).

Other phone providers to choose from include the main competitors to Orange in France; SFR, Free and Bouygues Telecom. If you need to get a new line installed at your home, you can contact France Telecom direct or ask your phone provider to act as intermediary.

As in the UK, most companies offer a range of packages from the most basic through to various arrangements of combined phone, mobile, internet and television services. there are European and international call deals, which can work out quite a bit cheaper if you make regular calls back home, but if you tend to Skype or Facetime more often than not, then it might not be worth hooking into a European call package. Most contracts are renewable on an annual basis, but you can request changes to your package monthly. Prices are generally on a par with those available in the UK.