Guide to social etiquette in France 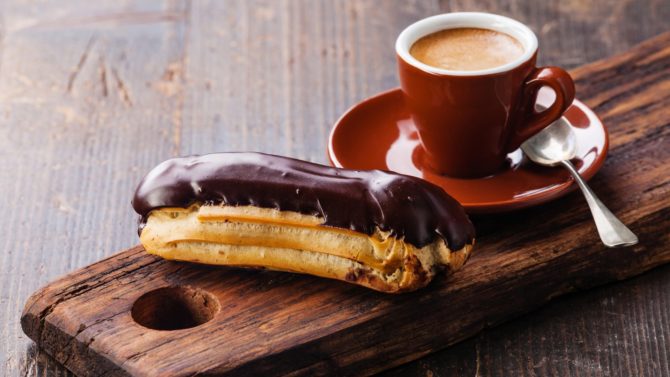 Wherever you are in the world, communication is absolutely key when it comes to social interactions so obviously, learning French or even attempting to communicate in the language is vitally important for anyone visiting or moving to France. However, there is far more to successful social exchanges than just the language itself. Understanding French social etiquette is essential and despite being so geographically close to the UK, many aspects of French culture are wildly different.

Greeting people and saying goodbye is de rigueur in just about every situation. You should always say hello – bonjour – when entering a shop or office and goodbye – bonne journée – when you leave. Not doing so is considered the height of rudeness and will not endear you to the person you are talking to!

The customer is not always right in France

In places such as a doctor’s waiting room, for example, you should address your bonjour/bonne journée to the group at large, and outside of towns and cities, people will generally say hello to others, even strangers, when out walking. And on the subject of waiting rooms and the like, silence is golden! Turn your phone on silent, if you receive a call take it outside and if you are with a companion and need to speak, use a hushed tone as ‘loud’ conversations in public spaces are generally considered impolite.

When talking to strangers (or even adults you know well unless you have been invited to use the tu form), vouvoiement is the accepted formula and this also applies to students of lycée age and above. Again, using tu when addressing someone you are not familiar with is considered incredibly rude. And when entering a shop, don’t expect the two staff members having a conversation to stop talking until they are ready. The best you can do is make eye contact and then say bonjour.

Customer service is quite different in France and when coming from an Anglo-Saxon culture, this can come as quite a shock. For starters, do not expect the customer to be considered right. If you have a problem that needs to be resolved, you will need to explain the situation, stand your ground, smile sweetly and show resolve. Staying polite and using a measured tone is key and shouting or being rude will get you nowhere.

French administration is notoriously complex and often defeats even native speakers. The best approach is always to find the right person, throw yourself on their mercy, admit you don’t understand what is going wrong and explain that you need some help. Many civil servants or fonctionnaires will positively revel in their ability to demonstrate how to work around the system.

Whenever you need help, getting the person you are dealing with on your side is essential and providing a back story often helps. For example, if your boiler breaks down and you call the emergency plumber, merely saying “I have no heating” may get you nowhere. Explaining that you really need it to work to keep your elderly mother or small children warm will almost certainly achieve the desired result!

French women have long been revered for their chic appearance and being well groomed and presented is still important. In general, French women dress reasonably smartly to go out, even to the shops. In Paris and other big cities, for women particularly, the look is more casual than it used to be. However, even though the younger generation are slightly less ‘chic’, very few people wear truly scruffy-looking clothes, trainers or shoes.

At funerals, although people may be more casually dressed than in the UK, they are carefully put together. Hair is more tidily cut and arranged and if you just crawl out of bed and walk out the door, you’ll get stares from other women or even the occasional tut. People appreciate appearances and it’s acceptable to comment.

At the same time the French don’t like to look too ‘done’; they tend to wear less make-up than Anglo-Saxons and spend a lot more on skincare and a really good haircut than products, extensions and so forth. The overall accepted look is that less is more.

And this philosophy is just as true when it comes to food and drink. The French preference is for good quality balanced meals with reasonably sized portions. Nothing is considered off limits and everything is acceptable in moderation. The idea of cakes and desserts being ‘naughty’ is alien to the French. Savouring a delicious coffee eclair from a pâtisserie is considered completely normal.

Snacking at your desk, eating between meals and on public transport, however, are generally frowned upon. Obviously if you are on a long-distance TGV train eating at lunchtime is acceptable. However, you will notice that people eat at 12 and then leave it at that; constant grazing is not something that the French approve of.

Being offered un café is the French equivalent of being offered a cup of tea, so learn to like black coffee (or tea)  and if you do need to have milk in coffee then aim for a noisette or petit or grand crème.

Expect to eat your cheese course before dessert and if you are invited for a drink or apéro, be prepared to wait ages before you actually get to drink or eat anything. It can be a long time before everyone is ready and your host proposes a toast and you get to lift the glass. Starting before everyone else is considered rude. The same applies if you are invited to a buffet reception; the assembled company will wait until the last person arrives before starting, even if they are very late!

If you are invited to an apéro or dinner, a bottle of good champagne, flowers or chocolates are always acceptable gifts. Older French people do not tend to take wine. It used to be considered a slur on the host’s ability to provide wine of a sufficiently acceptable quality and thus impolite. However, younger people or close friends now generally ignore this rule and arrive bearing wine.

And don’t be surprised if the evening involves quite heated political discussions. Animated conversations about subjects Anglo-Saxons would consider contentious are completely normal among French friends.

Those lucky enough to be invited to a French wedding are in for a treat, but be warned, stamina is required as the festivities involved are generally extensive. A typical timescale might look something like this. Around 2pm the group will head for the mayor’s office for the civil ceremony. After the service photographs will be taken on the steps of the mayor’s office – these will include the bride and groom, immediate family, immediate relations, friends and the entire group.

If there is a church service and if it is the same day (not always the case), the guests will then head off for the church often around 4pm. After the service more photographs will be taken of all the various groupings, this time on the steps of the church or around the building. If there is a well-known beauty spot nearby, the bride and groom may also head off there with the photographer in tow for a wedding portrait with the Mont St-Michel or something similar in the background.

The group will then leave for the reception venue where a mini-reception or vin d’honneur will be served. Around 8 or 9pm, those invited for the wedding ‘breakfast’ will be finally seated. Although you may be starving and ready to collapse by now, remember that when seated at a table waiting to be served, your hands should not be in your lap as the French place their hands on the table, where they are visible.

After the meal which will involve numerous courses and may finish around midnight, there will be speeches, singing and games followed by dancing with the majority of the guests continuing to celebrate until the following morning.

Previous Article Coronavirus in France: Key information from President Macron’s speech
Next Article Do you have what it takes to run a bar in France?