Do you have what it takes to run a bar in France? 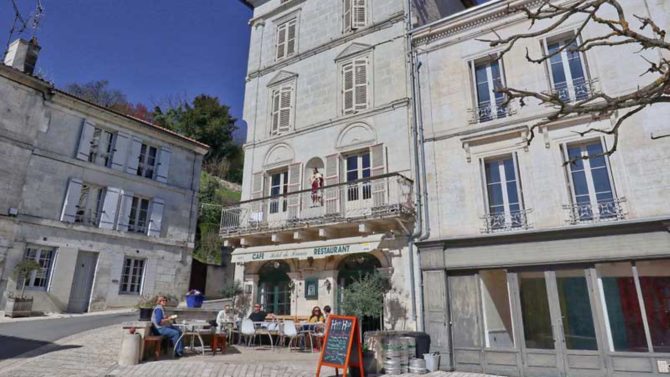 Ever dreamt of buying your own bar in France? But is feasible, or affordable? What qualifications and paperwork do you need? Are there many for sale? And is running a French bar different to running a British pub?

Who doesn’t enjoy sipping a glass of chilled rosé or a refreshing pression on a sunny bar terrace in France – but what if you fancy hopping over to the business side of the counter? What does it entail?

“Running a bar is less of a job and more of a way of life in France,” comments Julie Savill of Beaux Villages agency. “Traditional bars open early in the morning and you’ll see men of a certain age enjoying a small glass of rosé and a chat with lifelong friends at 8am. Often they’ll have a few hours closed in the afternoon and reopen early evening for a few hours. Owners tend to live and work on the premises and when there are no customers, they’ll spend quiet times watching TV or catching up on paperwork.”

While some intrepid Brits have opened traditional English pubs across the Channel, French and British bars are quite different, as is the drinking culture.

“Food always accompanies a drink in France,” explains Graham Welch, who runs Plonk et Planches in south-west France with his partner Damon Biddlecombe (read more about Graham and Damon’s story). “It’s very unusual for French locals to come in just for a drink – they almost invariably ask for a platter to go with whatever they’re drinking. For us, that means we often attract a pre-dinner apéro crowd and then seat people for dinner later, from 8pm.”

Partly for this reason, bar properties for sale in France are more likely to come with an accompanying restaurant. It’s quite a challenge to make a drinks-only bar bring in a decent income, whatever side of the Channel you’re on, and in France they tend to be in busy city centres with lots of footfall (including the ubiquitous Irish pub) or in popular tourist destinations such as the Côte d’Azur, although holiday areas may be closed for half the year. Many bars also have B&B rooms or may be part of a hotel. “Look for a bar in a town or village that has a decent population throughout the year,” advises Julie Savill.

A different beast altogether is the traditional bar-tabac or bar-PMU, often found on the main street of villages and towns. These are probably not the charming bars of your dreams; they’re more the plastic chairs and striplights variety, and are generally frequented by men more than women. A PMU (Pari Mutuel Urbain) is a French-state controlled betting shop, while an FDJ (Française des Jeux) is licensed to sell lottery tickets. I even spotted a bar-station for sale in Deux-Sèvres, part of a petrol station (€132,600, Leggett Immobilier).

Note too that you have the option of buying the property and business, or you could rent from a landlord or the commune, or buy a business within a property, i.e. the name, reputation and fixtures and fittings, known as the ‘fonds et murs’ or just ‘les murs’.

“The value of a business is determined by the turnover and its assets so location and turnover are more important than size,” says Dan Marcus, an agent with Leggett Immobilier whose wife runs Chez Hannah, a bar-restaurant in Dordogne. “Commune-owned bars in small villages are always worth a look, but you will have to pass an interview with the mayor to be allowed to buy the business and rent the building.”

On the subject of the mayor, Dan advises keeping them onside, along with the locals and good customers. “Be respectful of the community, the mayor and their secretary, and any direct neighbours. Invite them to openings and events and ask their advice, even if you don’t take it. If people spend a lot of money with you, buy them a drink once in a while.”

The one thing a bar really can’t survive without is customers, so you’ll need to be somewhere where there are people who will want to frequent your establishment. Presumably if you want to run a bar you must be a sociable soul – ‘far from the madding crowd’ types need not apply. You may see what seems like an absolute bargain of a pub in a pretty little village but ask yourself why it’s for sale and why it’s so cheap; it may be that there isn’t sufficient demand in the area.

In busy areas, city centres and tourist destinations, you’ll need to stand out from other establishments. “Work out what your niche is – people can drink at home for cheap, so they need to have a reason to come to your bar,” advises Dan Marcus.

“Word of mouth is everything and your success depends on breaking out of your social circles,” he says. “It took us about 10 months to break the expat community and two years to break the local French community.”

Julie Savill adds: “You’re likely to be catering to an international client base so consider running special evenings to bring in trade from a wider catchment area; quizzes, curry evenings and music events work well.”

Some French language skills are essential – even if you plan to aim for an expat crowd, you’ll still need to speak to some French customers as well as suppliers, local authorities and maybe staff. And patience is always a virtue when dealing with the public!

“The concept is important too,” says Richard Hammond of French Connections HCB. “Determine the type of establishment that you want to create. The decor, atmosphere, name… what will go on the sign in order for potential patrons to know what type of establishment you are? This is all dependent on the concept. Does it make sense in the area? The choice can be based on your preferences or specialist skillset, or according to the needs of the clientele. I would strongly advise conducting a market study.”

To sell alcohol, you need a licence, which is normally included with the sale of the business (there are bar and restaurant versions of the licence); make sure that the licence can be transferred to you. A list of licensed businesses for sale can usually be obtained from the local chambre de commerce et d’industrie.

If you’re buying a property without a licence, check that you can get one and note that the cost can be significant. “I’ve seen licences locally sell for €3,000 but from brokers you are looking at between €8,000 and €25,000 depending on the postcode,” says Dan Marcus. “The government won’t create new ones; you have to buy a pre-existing one in the same postcode and that protects their value.”

There are three kinds of alcohol licence. The Licence II allows you to sell fermented alcoholic drinks, e.g. beer, wine, cider and fruit-based drinks containing up to 3% alcohol by volume. The Licence III also includes wine-based liqueurs and fruit-based liqueurs up to 18% alcohol by volume. Licence IV adds in rum and distilled alcoholic drinks. You need to display the licence in your bar area with any other relevant trading licences.

You’ll also have to undergo a bar training course covering licensing laws and so on, which costs around €500. If you intend serving food, you will have to do the relevant food and health and safety courses, and if you’ll be playing music, you’ll need a licence for this too. “Pay for a music licence so you can create atmosphere even when there’s only a few people in,” says Dan Marcus.

It’s obligatory to have a security check, carried out by police, fire brigade and local conseil général, who will assess if any work is needed regarding emergency exits, fire alarms and so on. The Service des Vétérinaires will inspect hygiene conditions. Each of these authorities can shut down premises that don’t comply with regulations.

If you take on staff you need to be aware of French employment law (including different contracts) and take into account social contributions which you pay as an employer. Don’t be tempted to pay bar staff ‘on the black’; there are significant penalties for this.

As with any business, you’ll need to register it with your local chamber of commerce. There are various options for a business set-up, including SARL, EURL and auto-entrepreneur. It is advisable to use an accountant and/or business adviser, and a business plan is essential, including costs for stock of course. If you’re buying an up-and-running business, make sure you get the accounts and have them properly inspected.

“Hire a decent French accountant,” advises Dan Marcus. “Bars are under scrutiny as a cash business and we hear horror stories of others who didn’t declare their earnings, paid staff only in cash or bought food and drink without receipts. An accountant will keep you legal, and find local initiatives and tax breaks to help you get set up.”

Your opening hours should be agreed with the local mairie or préfecture in advance, and food and drink prices in a menu form should be available to customers too.

“If you can keep to regular hours throughout the seasons you’ll win more regular business,” advises Julie Savill. “It’s really frustrating to turn up on the doorstep to find a bar is closed unexpectedly. And if you’re going to change your hours during quieter months, be sure to update your Google page and Facebook so people know when to expect you to be open.”

On that subject, think too about how you will market your bar, it’s not enough just to open the doors and wait for the customers to arrive. Social media is a fabulous tool for promoting your business and any events you hold, and for establishing an online community.

“Opening a bar anywhere requires plenty of preparation before embarking on the administrative formalities in order to create the company,” says Richard Hammond. “There is a lot of groundwork before you even open the doors, but once there it can be an incredibly rewarding industry. You can integrate into the community as it’s important to keep your locals as well as any tourist business well-serviced. France is an incredible country to start a business with a strong economy, generous tax incentives for new businesses and financial help available for start-ups.”

Previous Article Guide to social etiquette in France
Next Article What’s it really like running a bar in France?