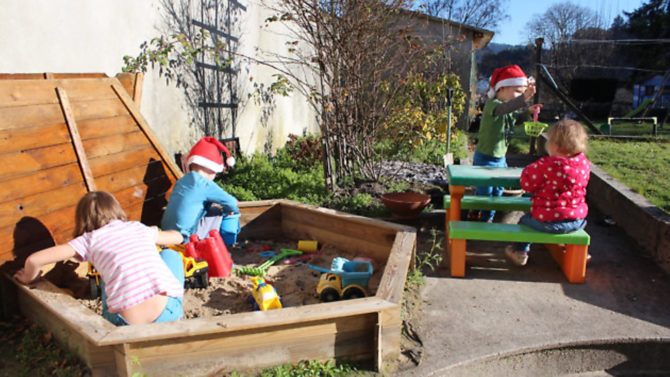 It’s not just the lack of turkey and Brussels sprouts that makes Christmas in France a different affair, says Gillian Harvey

One thing I’ll never understand about French traditions is the lack of a set Christmas menu. Unlike us Brits who feel Christmas isn’t Christmas without a few Brussels sprouts, most French people actually eat whatever they want for their Christmas meal (usually consumed on Christmas Eve).

Why on earth they would want to choose their favourite delicacies rather than choke down portions of a vegetable they don’t actually like, buy a turkey so big they’ll be consuming it for at least a week and quaff a three-month old cake is beyond me. But, hey, that’s cultural diversity for you.

When you live in a small, French town, the winter evenings and darker days on the approach to Christmas can feel a little lonely. My first couple of Yuletides in France felt a bit on the bleak side – shutters closed against the weather, the market pared back to a few sorry vegetable stalls, and streets devoid of their usual life and chatter. But – I realised later – liveliness, colour and light were all there – I just hadn’t known where to look.

A visit to the mairie and a chat with knowledgeable locals revealed that not only are there vide-greniers and fêtes de Noël scattered throughout local communes, there are also clubs, small theatre productions and live music in rustic cafés on winter evenings. True, you might not be able to pick and choose, but if you are determined, there is always something fun and interesting to do.

Plus, if it’s Christmas cheer you’re after, the jolly man in red can be found making an appearance in towns and tiny villages no matter their size. When Yuletide beckons, a local is coerced into the commune’s Santa suit, and while sometimes it’s clear that – as my daughter remarked – “he’s not the real Santa, is he?”, the small presents, cuddles and sweets he distributes more than make up for his lack of authenticity.

He may have a beard that’s seen better days, be hobbling on a walking stick or have more than a passing resemblance to the man who runs the coffee shop, but there’s never a lack of festive cheer when père Noël staggers into town.

Living in a rural area of France does come with its challenges, particularly in wintertime. At first you miss the 24/7 shop opening times, the abundance of facilities and almost overwhelming choice enjoyed in Blighty. But after a while, when you begin to lose your constant need for stimulation you start to appreciate life in a more authentic way, taking advantage of what you have rather than mourning what you miss.

And, of course, when the sun shines on Santa’s sleigh it’s even easier to love the simple but beautiful life you have chosen.

Why you should visit Paris at Christmas

Previous Article January 2017 issue of Living France out now!
Next Article Love France and looking for love in France?