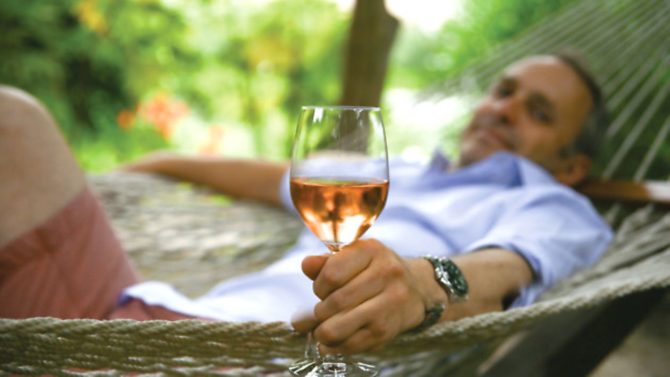 It has not always been an easy journey, but for winemaker Stephen Cronk, life is rosé in France.

Originally from London, Stephen wanted to make wine since his teens when he’d been to Australia and tasted Chablis in the Barossa Valley. Fate, though, had other plans, and after a failed attempt to set up a wine import company, he decided to go into the telecommunications industry. On the eve of a big promotion in his mid-40s, Stephen still worried that his winemaking dream would be forever unfulfilled.

Around that time, he and his wife Jeany visited friends in Perpignan. “We walked around a vineyard that was on the market for the same price we’d just paid for a small terrace house in south-west London. It didn’t seem right,” Stephen remembers.

The couple discussed their future. Jeany told him to follow his dream ‘or forever hold his peace’, and in 2008 they took a momentous decision. “Of course,” Stephen says, “Jeany needed a little persuasion to sell the house and take the children out of school, but she agreed; she thought I might be unbearable to live with otherwise!”

With their three young children, they packed everything into a van and moved to the beautiful town of Cotignac in Provence. The village had been recommended by an American friend and former resident. He had praised it for its great schools and cosmopolitan buzz: there are more than 30 nationalities in a town of 2,200 residents.

Stephen set up a wine company and called it Mirabeau; he wanted to make a brand new Provençal rosé. “We spoke no French and with no formal training, as well as the clock ticking on our savings, I had to get my wine right from the get-go. I enlisted the help of seasoned winemaker and Master of Wine, Angela Muir, one of the most experienced winemakers in the world. Mirabeau Rosé is now recognised as a top flight Provence rosé, and that is all down to Angela.”

Stephen has worked tirelessly and it has paid off. His rosé is now sold in 10 countries; it has earned acclaim from some of the world’s toughest wine journalists, and Pippa Middleton chose Mirabeau rosé for her dream picnic basket for Waitrose.

For the family too it has been a success. They have made many friends and the children switch effortlessly from French to English, Stephen grins when he says: “Life is a huge adventure.”

www.mirabeauwine.comRead about Katie Jones who runs a vineyard in Languedoc-Roussillon