Can I get high-speed internet in France? 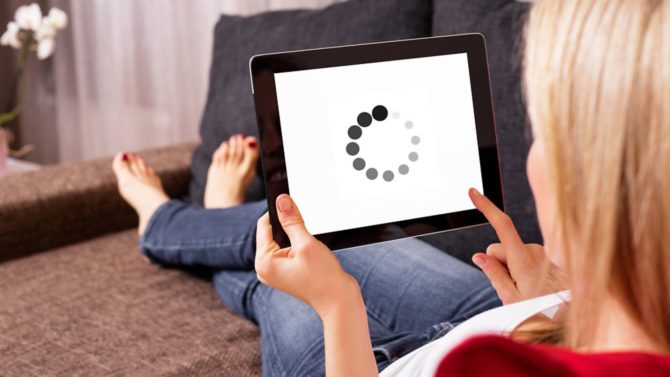 If you live in rural France then you have probably had to accept slow internet speeds, but there are government plans to make fast broadband available across France in the next five years

What is the internet availability in France at the moment?

The availability of high-speed internet varies across France. As you would expect, major towns and cities have good access to high-speed internet – for example most of Paris has access to internet of more than 100Mb/s – however, in rural France the internet speed is often much slower. You can check the internet speed available in your area using this interactive map from the France Très Haut Débit website or the specific speed for your property using www.degrouptest.com (you will need a phone number and postcode).

How to set up your broadband in France

Ways to save money on your French phone and broadband costs

I’ve heard there are plans to improve internet access…

In 2013 the French government announced a plan to roll-out high speed internet, réseau très haut débit (THD), across the whole of France by 2022 and President Macron recently announced that he wanted this deadline brought forward to 2020.

How is the roll-out going?

Although the THD is a national initiative, its implementation is being managed on a regional level. The roll-out has already begun, with larger towns first on the list, and schools, hospitals and universities given priority. It will then be rolled out generally.

A recent survey by consumer group UFC Que Choisir estimates that the roll out of THD is at least 10 years behind schedule and if the work continues at the current rate then the target won’t be achieved until 2035. By prioritising major towns and cities, the THD roll-out is creating a ‘digital divide’ UFC Que Choisir says, with 7.5 million people living in small communes unable to access high-speed internet. Only 1% of residents in Dordogne or Creuse have access to high-speed internet compared to 90% of residents in Paris.

Guide to utilities in France

How to set up your electricity in France