How will new EU inheritance rules affect expats in France? 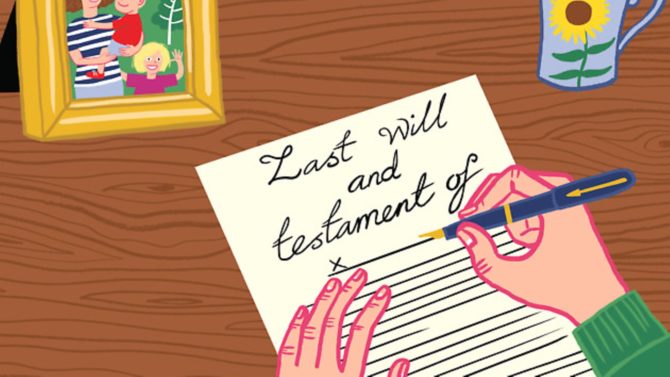 Much has been written about the new EU inheritance rules and how they can be used but it is not immediately clear how expats in France will be affected. Expert in French law, Matthew Cameron lists some of the major points

Major change in EU law is currently in process, which may or may not have a substantial impact on those who live outside their country of birth, or who own property overseas. Much has been written already about EU 650/2012, an EU regulation passed in 2012, which came into force on 17 August 2015. Many of these articles – especially those in the general press – have presented the new rules as an excellent opportunity for British people to avoid French succession rules, and the problems they cause.

WHY ARE THERE NEW RULES?

The rules have been designed with the aim of unifying the administration of a deceased person’s estate right across the EU. The UK is one of the three countries that has not ratified the regulation; the other two being the Republic of Ireland and Denmark. It is quite possible that the UK will not ratify at all. This means that non-British people with assets in the UK will not be able to apply the inheritance rules of the jurisdiction of their nationality to their assets in the UK. Where British people have assets in France, it should be possible for them to apply English inheritance law rules to those French assets; it is this point that has been widely discussed already. But is that so important to those Brits who live in France, or who own a holiday home there? What are the implications of the regulation overall? These are questions that do still remain to be answered in any certainty, and with the regulation only now coming into force, some time for it to ‘bed in’ may yet be necessary.

If the new regulation is invoked in a will, there will be no impact on the position with inheritance tax as between the two jurisdictions. We will not have space in this article to go into great detail about how inheritance tax differs between the UK and France; suffice to say that the two regimes do work in very different ways, and this will remain to be the case in the future. So if inheritance tax in France would be applied at 60% under the current rules, with only a minute tax-free allowance – and that is a realistic possibility depending on circumstances – then that rate of tax would apply under the new regime. Indeed, I am of the opinion that we risk seeing an increase in cases of higher tax being payable.

The main reason why some people will want to avoid the rules of succession is that they may not want their children to inherit from them, as is generally required by French law. While this may, in some circumstances, be understandable, the consequences of leaving one’s assets in France to someone else can be a major concern: leaving all to an unmarried partner, a stepchild or just to friends would result in 60% tax. My concern is that some with French assets may simply decide to write English wills to avoid the rules of French succession so their children do not inherit, but only for another beneficiary to end up with a substantial tax bill. Careful planning and prior consideration is therefore prudent.

HOW WILL UK LAW BE APPLIED IN FRANCE?

Another point of note is that the regulation will not work just to allow someone to avoid French succession rules: the notaire charged with administering the French estate will have to apply English rules for estate administration to the will. So, are we going to see notaires sending wills to the Probate Registry in the UK to obtain a Grant of Probate? That is one intriguing possibility.

On a separate point, many readers will be aware that France does not like trusts. An English probate matter always involves trust law, which may again cause some of our notaire friends a certain amount of consternation. The real concern that has been raised by some legal commentators before now is how to deal with the fact that under English law, an executor becomes the actual owner of the deceased’s estate from the moment of the death up until the time the estate is distributed out to the various beneficiaries. Some commentators wonder whether France will treat this as being an actual transfer of the estate to the executor, with a separate transfer from executor to beneficiaries: this could in theory result in inheritance tax being charged on both transfers in France, which is not how it works across the Channel in the UK.

If the executor is a professional, not related to the deceased (such as a bank or a solicitor), then that transfer could in theory be charged to inheritance tax in France at 60%. And when the executor transfers the estate to the eventual beneficiaries, that transfer could theoretically also give rise to 60% tax. Clearly the apparent risk of 120% inheritance tax is ridiculous, and such anomalies must surely be worked through in due course. But it is at least a demonstration of the need for due consideration of the situation and possible risks.

IS IT WORTH THE RISK?

Nevertheless, there are certainly instances where an election to apply English law will indeed be a sensible option – or perhaps the only possibility for some, depending on their circumstances. The application of the new regulation will doubtless generate a good deal of legal development: what is written here may well then become obsolete very quickly. So caution in these matters will be important for many years to come.

In the meantime, it is not to be forgotten that some existing ‘estate planning’ structures in France may still work in a perfectly suitable manner going forwards. Again, this depends on the circumstances of each individual case. The current position among a number of French law specialist solicitors appears to be to continue to apply those existing structures, if they would be suitable. Why gamble with new rules that may or may not work perfectly well in the future, if existing ones will work?

Previous Article 3 of the best: Paris apartments
Next Article Top tips for buying property in France