3 of the best: Paris apartments 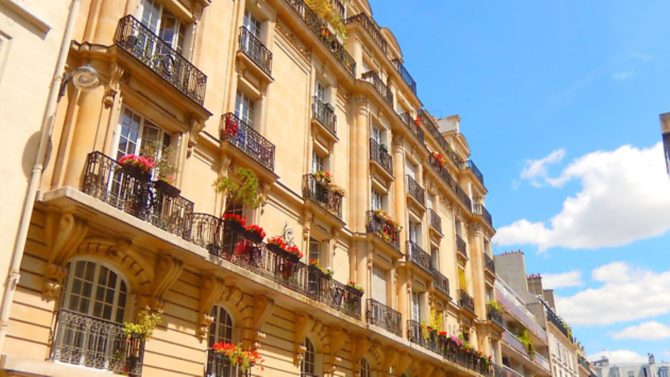 Who hasn’t dreamed of owning a pad in Paris? For many, it has remained just that – a dream – but many investors are now flocking to the French capital to make the most of competitive prices and a weakening euro, and indeed, reports indicate that prime Paris neighbourhoods are significantly less expensive than their London equivalents. Home to the Musées d’Orsay and Rodin, Napoleon’s tomb and the Eiffel Tower, Paris’ iconic 7th (south of the Seine) is an unmissable area for any visitor – but its residents are equally well catered for. Private residences rub shoulders with folksy bistros and international designer shops, and bustling markets line the streets.

Tucked away on Rue Surcouf just off the Quai d’Orsay, the location of this one-bedroom loft apartment couldn’t be better: the river is a stone’s throw away and the Esplanade des Invalides is virtually your back garden. The living space may only measure 64m2 but the six-metre-high ceiling and large skylights give it a light and spacious feel, and there’s even a terrace with canopy for al fresco dining or wine-sipping. A spiral staircase leads up from the living area and the whole apartment has been recently renovated. Best of all, it’s less than a two-minute walk to Invalides Métro station.

Not only is the 9th a shopper’s paradise – grand department stores Galeries Lafayette and Printemps can be found on Boulevard Haussmann – but it can also add buzzing Pigalle and the Moulin Rouge to its list of attractions. Favoured by ‘bobos’ (the bohemian bourgeois), this sector is a tale of two halves, where stately Haussmannian buildings meet avant-garde hangouts and a thoroughly laid-back attitude. Just over the border into the 18th, the steep streets of Montmartre converge at the Sacré-Cœur, from where the city views are arguably the best.

Located in an elegant 19th-century building on Rue Henner that overlooks a courtyard and Impasse Pigalle, this two-bedroom apartment is both bright and quiet, and was fully refurbished just last year. Nearly half of its 79m2 is taken up by the living and dining room, but the kitchen is also large enough to incorporate an island and there are two WCs. There is even a private cellar in the basement, perfect for keeping the party fizz cool.

On Paris’ Right Bank and containing the northern part of the medieval Marais, the 3rd is one of the capital’s most densely packed and bustling quarters; the contemporary art world has a firm presence here and there’s also no shortage of great bars and restaurants. The Jewish Quarter is the place to be on Sundays, dissolving a hangover with a delicious falafel wrap and trawling the many vintage shops stuffed to the rafters with velvet jackets and old LPs.

This apartment’s situation on Rue de Montmorency couldn’t be better, straddling the two trunk roads of Beaubourg and Temple and a stone’s throw from the Centre Georges Pompidou. Approached via a paved courtyard, this first-floor flat offers 80m2 of living space and, with its many large windows and three-metre-high ceilings, is extremely light and bright. The decor successfully fuses the modern with the traditional: while living room and both bedrooms have oak parquet flooring, glass brick walls make a statement in the bathroom and under the kitchen’s breakfast bar. With copious built-in cupboards this pad would suit the most dedicated of hoarders and, what’s more, peace reigns supreme as there is little passing traffic – an aspect hard to come by in the City of Light.

Thinking of buying a property in France but not sure what is involved? Then check out our buying guides that cover every subject, from viewing and negotiating to mortgages and currency contracts

Previous Article A Quick Guide to Dinard
Next Article How will new EU inheritance rules affect expats in France?