8 uplifting news stories from France in 2021 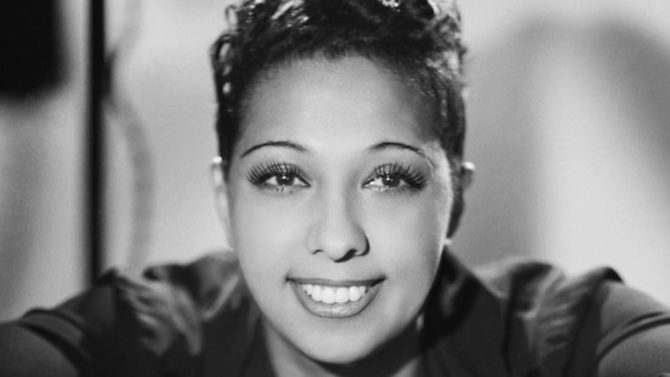 These good news stories from France, from baby pandas to plastic bans, are a tonic to another tricky year.

1. Josephine Baker became the first Black woman to be honoured at the Panthéon

In November the American-born entertainer and activist, who became a French national after her 1937 marriage, became only the sixth woman to be honoured at the Paris mausoleum. Her final resting place remains as Monaco so a cenotaph honouring her will be placed in Vault 13 of the Panthéon instead.

2. Giant panda twins were born at a French zoo

The ZooParc de Beauval had two extra-special new arrivals this August as a pair of giant pandas were born to proud mum Huan Huan. The adorable twins are called Huanlili and Yuandudu, and have been on show to visitors since 11 December. Huan Huan arrived in France in 2012 with the twins’ father, Yuan Zi, on a special flight called the Panda Express.

The man, in his twenties, was at a tobacconist’s in the southern city when his win on an X20 scratchcard from La Française des Jeux, France’s equivalent of the National Lottery, was revealed in November. A worker at the tobacconist’s told the Métropolitan newspaper: “At first, he wasn’t sure. He thought he’d won €25!”

4. France announced a ban on plastic packaging for most fruit and vegetables

Produce wrapped in layers of plastic is soon to be a thing of the past as in October, the French government announced most fruit and vegetables would have to be sold plastic packaging-free from January 2022. It’s part of a wider move by the government to phase out plastic – also banned this year were plastic cups, cutlery, straws and Styrofoam takeaway boxes.

5. France became the first country to donate Covid-19 vaccines to the COVAX scheme

In April, President Emmanuel Macron announced that a batch of over 105,000 vaccine doses would be sent to COVAX’s Mauritanian facility to be distributed to countries in need. Even more were sent over successive months and by October, France had donated some 67 million doses – only the second country, after the United States, to have given the most to COVAX.

6. The French parliament is taking steps to protect independent bookshops from online giants

During one of France’s coronavirus lockdowns, the culture minister Roselyne Bachelot said: “Do not buy books from online platforms!” However, during the first two lockdowns, physical bookshops were closed, so readers were left with little alternative. Now, new legislation is set to come into force next year to set a minimum price for online book deliveries to support small shops and divert readers from online behemoths.

Sister André, who lives in a retirement home in Toulon, is believed to be Europe’s oldest woman. She tested positive for coronavirus on 16 January but had no symptoms. She isolated away from other residents in the home but was considered fully recovered in early February – just in time to celebrate her 117th birthday.

Joining more than 40 other French sites on the list this year were: the Riviera resort of Nice; the spa town of Vichy; and the Cordouan Lighthouse. The latter is the last inhabited lighthouse in France, despite being fully automated, and was built in the 17th century.