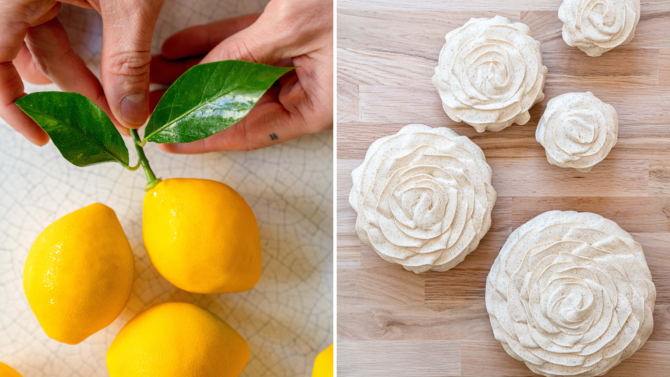 French pastry chef Cédric Grolet is set to open a pâtisserie at The Berkeley in Knightsbridge in early 2022. This will be the award-winning chef’s first venture outside France and will see him bring his renowned artistry to the UK. With an impressive list of accolades to his name, including ‘Best Pastry Chef of the Year’ in 2017 and ‘Best Pastry Chef in the World 2018’, Grolet’s reputation  certainly precedes him. Known for creating desserts that resemble the ingredients from which they are made, his legendary trompe-l’oeil masterpieces are a big hit with his two million followers on Instagram, and his two famous creations – ‘Fruit’ and ‘Flowers’ – will be brought together for the first time at The Berkeley.

The pâtisseries will be available to take away or to eat in at The Berkeley Café, a new 60-seat space within the hotel, designed by Remi Tessier and conceived as a ‘pastry theatre’ where Grolet and his team will produce his creations, with eight immersive seats directly overlooking the kitchen. In addition to breakfast, the café will also serve the teatime ‘Goûter Cédric Grolet’.

“Opening in London is a monumental event for me,” says Grolet. “It’s the first time we will be outside of France, and London – particularly The Berkeley with its forward-thinking attitude – was the obvious choice. It’s such a special city and its energy completely inspires me. I can’t wait to open early next year and share the result of mixing my two universes for the first time.”

Born in Firminy in the Loire département of Auvergne-Rhône-Alpes in 1985, Grolet began working in the kitchen of his grandparents’ hotel at the age of just 11, and on graduating from pastry school he moved to Paris at 20 to pursue his dream of becoming a pâtissier. After working at Fauchon, he went into the kitchen at the five-star Le Meurice hotel where he is now executive pastry chef. His signature trompe-l’oeil desserts include perfectly reproduced versions of lemons, hazelnuts and apples, featuring chocolate, mousses and jellies made from the fruits themselves.

More in France in the UK, French food