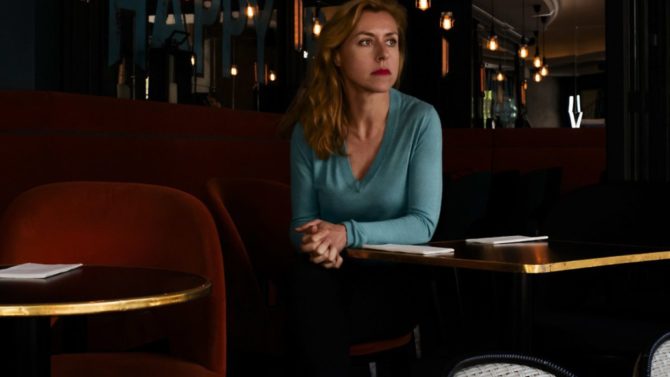 Agnès Poirier’s latest book explores the history of Paris 1940–1950 and the influential people that lived through the time. The French writer spoke about her book this year at the Cheltenham Literature Festival.

Agnès Poirier’s fifth book (second in English) is Left Bank: Art, Passion and the Rebirth of Paris 1940–1950 . In the book she explores the history of Paris during the Second World War and the early years of peace. She follows the influential people that lived through the time and the incredible ideas and art that came out of the period. Poirier spoke about her book this year at the Cheltenham Literature Festival.

Poirier is a journalist and writer; she was keen to point out that she was not an historian. She draws from and quotes a variety of sources in her book including letters from Jean-Paul Sartre.

As a journalist, Poirier was keen to experience what she could for herself while writing the book, and while it was obviously not possible to travel back to the 1940s, she told the audience that she once tried to experience the coldness of the Occupation, during which time there was very little heating. She set herself a mid-winter challenge to go without heating for three days, but in the end she could only manage 24 hours.

She suggested that this unbearable cold could be one of the reasons for the tendency during the time for people to share beds with a variety of fellows – love affairs and passionate meetings are something that, to be historically accurate, Poirier had to include heavily in the book. The ‘bed-hopping’ among the artists and thinkers, she said, was hard to keep track of. At the festival she told the audience that when she started writing the book she was only interested in the ideas that came out of the time period. But it was hard to keep everything in order so she focussed more on people and she had to keep a timeline of names and their partnerships on her bathroom door to keep track. Sharing beds was not the only way to keep warm of course, and another place that it was common to gather during these years was in Paris’s warm cafés. The historic characters mentioned in the book were heavily involved in café culture – meeting for a coffee and to swap ideas with like-minded individuals and those keen to learn.

The book goes through the ups and downs and emotions of the period of Occupation and Liberation. Poirier said they she had originally planned to have the book start in 1944, the year of the Liberation, but realised the people she was writing about were so shaped by the war that she had to begin the timeline of the book much earlier.

During the Literature Festival talk, and in her book, Poirier was also keen to emphasise that there are many different sides to the people she wrote about. It is easy to look at and admire the products and achievements of historical figures. But we cannot assume this means they were all-round good people. For example, Arthur Koestler’s book Darkness at Noon was very influential in the rejection of communism at the time. At the same time Koestler was incredibly abusive towards his wife.

Two other figures that feature in the book are Jean-Paul Sartre and Simone de Beauvoir who had a long-term open relationship. At the beginning of the war the pair, who had not yet met, were philosophers, they were interested in ideas but were not politically engaged. However by 1945, the year of the Liberation, with help from many students and friends, they were launching the magazine Les Temps Moderns which tackled burning issues of the time and they were even brave enough to include in it writing on the issue of abortion 30 years before it was legal in France.