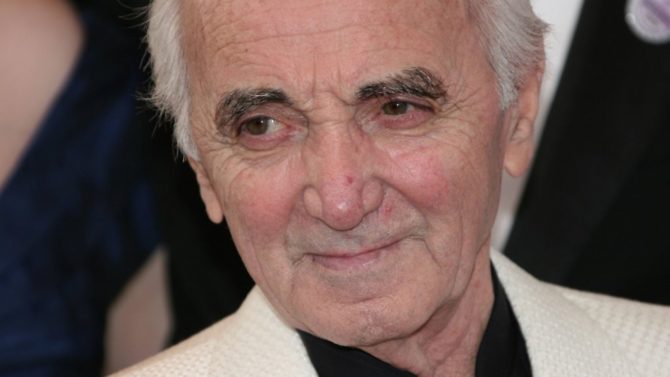 Charles Aznavour, one of France’s most popular and prolific singers, has died at the age of 94.

During his eight-decade career, the artist dubbed the ‘French Frank Sinatra’ recorded 1,400 songs – most of them self-penned – and produced nearly 400 albums in many languages.

He was born Shahnour Varinag Aznavourian in Paris on 22 May 1924 to Armenian immigrants who had fled the Turkish-ruled Ottoman Empire and hoped to move to the United States. However, the family’s US visa never materialised and they settled in the French capital, producing shows in which the young Aznavour appeared.

The talented singer left school without any qualifications. However, his big break came in 1946 when the legendary Édith Piaf heard him perform and took him on tour across France and to the United States. He captured the hearts of everyone and Piaf worked with him to develop his distinctive voice.

Aznavour was best-known for his interpretations of emotional love songs, such as She – which topped the UK charts in 1974 – Hier Encore (Yesterday When I was Young), Après l’Amour (After Love) and La Bohème.

The star was also known for his charity work in his parents’ home country of Armenia, especially following a devastating earthquake in 1988. He was granted Armenian citizenship in 2008, and a year later was appointed the country’s ambassador to Switzerland.

Last year, Aznavour was honoured with a star on the Hollywood Walk of Fame.

Previous Article Quiz: Do you know the French departments?
Next Article 13 French golf courses for perfecting your putting