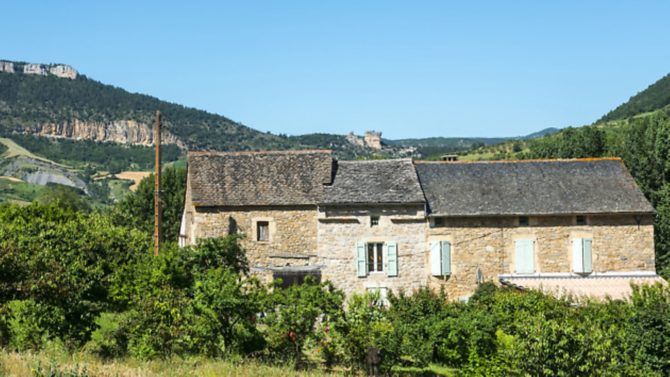 The words ‘planning permission’ can send shivers down the spine. Arthur Cutler picks a route through France’s infamous bureaucracy to help you to fulfil your grand designs

In this, the first in a series of articles on planning permission for your French home, we’ll be starting with an overview of the planning system. This is to give you a general guide to when a permit is needed and which regulations govern the process.

In France, control over the planning process is, in principle, devolved to a local level, with even the smallest of communes having the right to decide what will or won’t be permitted within its borders (with certain limitations such as those located within a national park). In the absence of a local regulatory framework, it doesn’t mean some kind of free-for-all takes place, with local residents running amok with inappropriate buildings (though sometimes one could be forgiven for thinking so), for there also exists a national framework governing those areas. We’ll be looking at the differences, with case studies, of how the existence or otherwise of local regulations can affect planning applications.

In future issues we’ll go on to look at the different types of permit in more detail, the types of project covered by each, and how to decide which is the most appropriate for a range of proposals. We’ll also cover the application process, documentation required, time scales etc, as well as the consequences of work being carried out without a permit.

Let us begin by reflecting on the fact that ‘bureaucracy’ is a French word, and the planning process in France carries its fair share of it, with some very quirky rules and regulations. However, remembering that everyone has their job to do, and approaching planning issues with a smile and a willingness to work with those in authority will help enormously towards getting the right result!

So, when is a planning permit required? Just before we look at that, let me quickly introduce you at this stage to one of my most-used phrases, ‘it depends’. This is a precursor to all that follows, which is intended as a useful guide, but a plethora of local idiosyncrasies does mean that you shouldn’t assume your project necessarily falls within the norm when it comes to planning rules, and taking good advice before setting forth with a hammer or trowel is always time very well spent!

Essentially, any change to the external appearance of a property requires a permit of one kind or another, even for something as minor as changing the colour of window shutters in many cases. However, repairing or replacing an existing element on a like-for-like basis (e.g. replacing old roof slates with new ones of the same size and colour) is unlikely to require any official paperwork.

Take care though, because changing existing wooden windows for their PVC counterparts, even if the style and appearance is the same, may not be considered a like-for-like replacement, especially when the property is in a ‘protected’ planning zone (more on this later). It is always best to check with the local mairie, and if they are at all unsure, then the resident clerk will call the local planning office for guidance. Some very small communes only have part-time clerical assistants who may not be fully aware of every planning regulation.

In theory at least, extensions of less than 5m² require no permit. However, it goes without saying that any extension, irrespective of size, results in a change to the external appearance, meaning a permit will almost certainly be required. Here we have our first example of how two diametrically opposed ‘rules’ happily co-exist within the French planning system. It does make life in France fun though, doesn’t it!

Larger extensions will always require a permit, and in many communes there is no automatic right to extend. Others may limit an extension to a percentage of the existing living area/footprint, or to a maximum size expressed in square metres.

Wanting to extend in order to take advantage of the magnificent views over the rolling countryside will matter not a jot if local regulations prevent it, even if the agent you just bought through said it would just be a formality (again, more on this later).

Various interpretations of the regulations exist as to whether additional surface de plancher (living space) is being created in the process. As a rule, if the attic has an existing access (e.g. staircase) and/or other external window or door openings, then no floor area is being created and, in principle at least, a permit may not be required, but it depends on a number of factors. The fitting of Velux or dormer windows does constitute an external change in appearance, and in the latter case, also creates extra floor area in most situations. In both cases, if the plan is to allow light into the attic by fitting one or more of these options, then a permit would be required.

Converting any kind of building not currently considered ‘habitable’ will require a permit. This is because there will inevitably be changes to external appearance, but primarily because it is considered a change of use from ‘agricultural’ to ‘habitable’.

There are a number of convoluted rules which determine exactly what will be required, but suffice to say one cannot begin conversions without the appropriate approvals, and you should always ensure at least outline permission exists in the form of a CU before buying.

Above-ground ‘temporary’ type pools do not as a rule require a permit, but in-ground pools certainly do. There are also strict rules about filtration and emptying processes, which need to be detailed as part of the application process.

Both are controlled by planning regulations. Some communes allow none at all, while others perhaps permit one per property, sometimes with restrictions on size, and others stipulate no pre-defined limits or exclusions at all. Always check locally before going ahead and building that beautiful garden shed. Having the local mayor knocking on the door with a demolition order can be quite upsetting!

Those are all the more common examples in which a permit is required, but there are many others where regulations also need to be accounted for. These include fences and gates, tall aerials, wind turbines etc. We’ll look at some of these in more detail in a later issue, but for now let us move on to the regulatory framework itself.

These apply anywhere that is not covered by a local regulatory framework. Known as RNU in France (Règlement National d’Urbanisme), they are used to control what can or can’t be built in any given area or commune. Planning decisions resulting from applications where RNU applies will be based on issues such as existing land use in the immediate vicinity, size of development, noise, public health & safety, architectural style etc.

There are a number of different models in use for local regulations, with each version existing to control planning matters within the commune.  The more usual ones are the PLU (Plan Local d’Urbanisme), POS (Plan d’Occupation des Sols) and the CC (Carte Communale).

The first of these is the most detailed version and will place every plot of land in a commune into one or more planning zones, ranging from agricultural to industrial, and from parkland to residential. Each zone will have its own set of rules defining what can or can’t be achieved, taking account of an overall plan set by the commune for development of the area. The other two tend to be simpler (older) versions of the PLU, but still have the same overall aims.