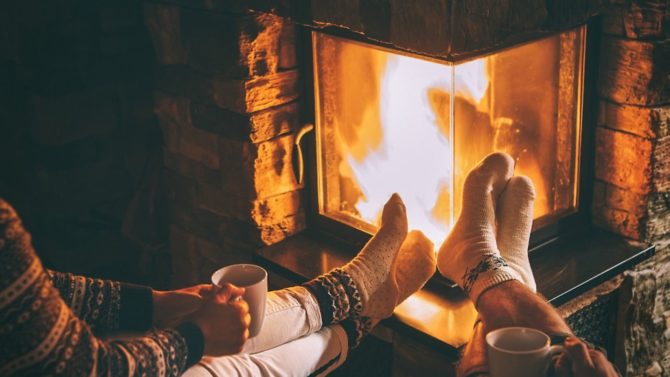 Make sure your French home is as comfortable in winter as it is in summer with these top tips on heating from Karen Tait.

In the UK, homes typically have electric or gas heating with radiators in most rooms, perhaps with a feature woodburner in the main living area. In France, however, you’re more likely to come across a wider range of heating options, including woodburners and fires in country homes, or oil-fired central heating where ‘town gas’ isn’t available. Many homes have electric heaters too, especially in the south where winters are generally shorter.

Woodburning stoves (poêle à bois) come in all shapes and sizes and are much more efficient than an open fire, not to mention cleaner to use. They can even heat the whole home when combined with a boiler (chaudière), which can send hot water to radiators in other rooms.

The downside of an open fire or woodburner is you can’t just turn them on with a flick or a switch – and they can’t be programmed to turn on when you’re not there.

You will need to buy and store wood. Logs (bûches) are readily available across France, but make sure they’ve been properly seasoned before you use them as the sap can gunk up the flue.

Central heating (chauffage central) is a common choice, especially for those who want to be able to programme their heating. You have a choice of oil, gas or electricity, with oil tending to be the cheapest although it does require an above-ground oil tank.

While radiators (radiateurs) are tried and tested, underfloor heating is also a great option. It comes in the form of electric heat maps or pipes circulating hot water under the floor, and works best with tiled floors. Underfloor heating (chauffage par le sol) provides a steadier, better distributed heat and takes up less room than radiators – plus it’s lovely for bare feet!

Modern electriv central heating can be economical: air conditioning units, which use up to 75% less electricity than conventional electric heating systems, are kinder to the environment and cheaper to install.

Hiring builders and tradespeople in France

Installing a swimming pool at your French property

At the other end of the scale, France has been much quicker to embrace eco-friendly heating methods such as geothermal central heating. This system extracts subterranean heat from your garden to use it in your home. Basically, liquid is piped around the land surrounding your property at a depth of about one metre, where the temperature is a constant 10-16°C year round. The liquid then passes through a heat pump to your house, ideally via an underfloor heating system.

The downside is you need a large enough area of land in which to lay the pipes, and installation costs can be high.

Air source heat pumps absorb heat from the outside air, which is then used to heat your property. There are two types of ASHPs: air-to-air (circulating warm air) and air-to-water (heats water which is then circulated via radiators/underfloor heating). They require less space to install than geothermal heating.