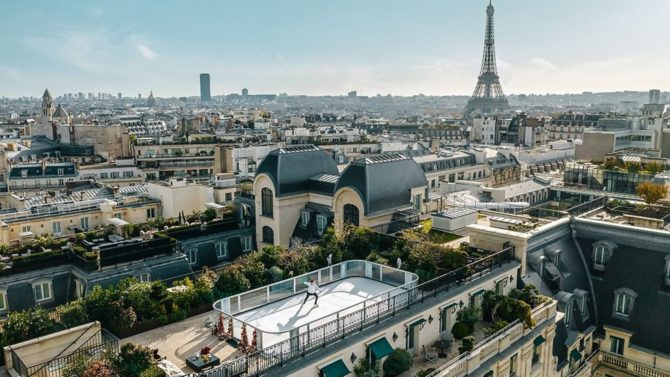 If you are planning a getaway to France in 2020, treat yourself to a stay at one of these award-winning hotels and resorts

Hoteliers in France are toasting their success after winning a host of prestigious awards including World’s Leading Luxury Hotel.

The finest travel brands in the world were unveiled at the World Travel Awards Grand Final, including several with resorts and properties in France.

At the event, held in Oman, the World’s Leading Luxury Hotel was announced as The Peninsula in Paris where guests can enjoy a taste of Parisian life by dining on private terraces and taking in rooftop garden views over the city.

Until 29 February 2020 visitors can even book their very own private ice skating rink in the middle of a winter garden, including private lessons, by staying at the hotel’s Katara rooftop suite.

Also announced at the Grand Final was the award for World’s Leading Theme Park Resort which went to Disneyland Paris, which is hosting a Frozen Celebration from 11 January to 3 May.

The luxury hotel’s rooms and suites enjoy views of the world-famous Palais Garnier, home to the Paris Opera. It also has two acclaimed restaurants, Café de la Paix and La Verrière, set in a winter garden.

The hotel’s residential-style suite has a separate living area, king bedroom and a wide, sea view terrace looking out over the sparkling Mediterranean Sea.

Its facilities include four heated pools, including an infinity pool with a panoramic view, along with a Kids Club and spa.

Other winners at the WTA Grand Final included Small Luxury Hotels of the World, which represents many boutique hotels across France, named the World’s Leading Boutique Hotel Brand and JW Marriott, which has a hotel in Cannes, winning World’s Leading Business Hotel Brand.