Improvements to your internet connection in France 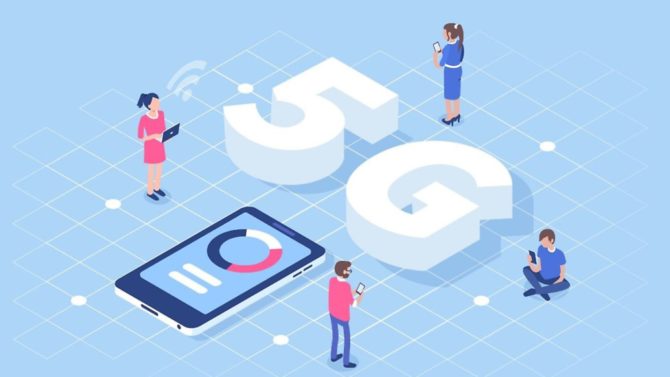 Billions of euros are being invested in improvements to the French telecoms industry but what does it mean in terms of your internet connection at home in France?

France has the third largest telecoms market in Europe and the main company, Orange, dominates much of this, even though the liberalisation of the market happened several years ago. Its lead is reducing with the growing competition from companies such as Altice (owner of SFR) and Iliad (Free and Free Mobile). The broadband subscriber base is one of the largest in Europe and has driven huge investment in the network. This started in 2018 and will continue at least until 2022, with many companies and regional authorities, not just Orange, investing in high-speed fibre and new services that replace slow broadband in many rural areas. These use the mobile network instead of the traditional copper wires that link properties to the local exchange and therefore they should be more reliable.

How much is being invested?

This huge investment of approximately €20 billion is driven by two new needs. The first is an increasing demand for faster speeds, and secondly there has been a blurring between the traditional TV channels and telecom companies now offering programmes, films and pay per view premium services over their broadband. Add to this the developments that will make 5G mobile generally available to a more demanding public and we can anticipate several years of investment bringing ever more choice to homes. It is evident that many now stream content via laptops, mobile phones and tablets, placing demands on broadband suppliers to bring faster speeds to customers.

Stay cosy with these top tips on heating

What impact will the investment have?

So what can you look forward to as a result of this investment? The first thing to remember is that the investment in the network will continue until 2022, and possibly beyond, so if the following new choices are not available now you could still benefit later on. The plans involve replacing equipment in local exchanges that is often 30 or more years old and not worth repairing, with more modern equipment and then taking this directly to customers’ homes. Here are the three biggest changes, one of which will affect you depending on your location.

The traditional dégroupage partiel service that was provided to properties several metres away from the local exchange was discontinued in November 2018. This service used the telephone line for calls and an ADSL filter separated the broadband frequency from this so that both could work on the same line, and was applied to lines with a minimum 2Mbps speed. Existing services will continue to be supported until approximately 2022, so if you are considering buying a property using this service there will be no problem providing that the current contract is not cancelled but is transferred to you. If it is cancelled it will not be capable of being reopened!

For all new lines being installed in such properties there is a new alternative that uses the 4G mobile network to link the property to the internet and carry the calls.

For others closer to the exchange, including those that do not want to take advantage of a fibre offer, the established dégroupage total service continues unchanged. This service is for lines with a broadband speed of more than 2Mbps and here all calls are carried over the broadband service.

It is worth noting that the current upgrading of equipment in local exchanges will bring faster speeds to many customers. If you have not recently asked your telecom company if any new upgrades are planned at your local exchange, it may be wise to. A positive reply could allow you to move to a faster broadband service and save money at the same time. If no upgrade is planned you could approach your mairie directly and ask that pressure is placed on Orange to bring the planned upgrade in your area forward as the mairie has quite a lot of influence in these matters.

For those who live in an area that is now able to offer a fibre broadband service there are different ways to subscribe, but your choice of provider can be limited, for instance if you live within an apartment block where there will be a collective decision of which telecom company to use.

The cost to the telephone network of providing ‘fibre to the premises’ (FTTP) is greater than the current UK practice of fibre to the cabinet and then using the existing copper wires for the last leg of the service from the green roadside cabinet to the property. It follows that many rural areas will always be uneconomic to upgrade to this service. No doubt though as the investment nears completion more homes will choose to be connected to fibre broadband, as it is anticipated that more customers will be prepared to pay the higher cost as their own preference for faster speeds grows.

Mobile networks are also planning big changes. Until relatively recently voice traffic and text messages took up most space on the networks. Now the mobile companies see a much higher demand for accessing data and need to respond to this. For some the solution is being addressed through the planned closure of their 3G networks as this releases capacity and is an attractive alternative to buying more frequencies and building more masts.

For now the question for those who live in an area where broadband speeds are very slow is, ‘Will 4G be able to replace my home broadband?’ Signing up to a 4G mobile package may allow you to cancel your landline broadband, but there are reasons why this might not be a good idea. You can buy a ‘mobile hotspot’ or rent a mobile dongle. By its nature it is portable, so can be taken from your property and used when you are out or on holiday. In the future there will be offers for rolling 30-day contracts and other options as the market expands, increasing the attraction of the service.

As always, speed will be a major consideration. Tests have shown that 4G is able to deliver speeds up to 40Mbps, but this maximum will be reduced by network loads and reception impacting on this theoretical performance. It would be prudent to limit your expectations to around 15-20Mbps, which will be good enough for web browsing but not fast enough for gaming. This is still an emerging technology and we need to recognise its best time is still to come. The main hurdles will be the lack of ‘unlimited’ usage plans, and whether we can address the problem created by this portable service being used by other members of the household taking it somewhere else when you want to use it at home.

Looking to the near future, the availability of 5G mobile services is very close. The main companies such as Orange and SFR had to apply for licences by September 2019 and will have to offer services in at least two cities by the end of 2020.

Moving to 5G will involve purchasing a new mobile handset and paying a higher monthly charge. As always ‘early adopters’ can expect to pay more, but the investments being made will bring more choices to more locations so if you currently live in a ‘zone blanche’ things may be changing for the better.

8 things to know about supermarket shopping in FranceEco-living: How does recycling work in France?How to set up accounts for your French property

Previous Article French Icon: Frogs’ Legs
Next Article Moving from Sydney to Paris to help expats with their mental health