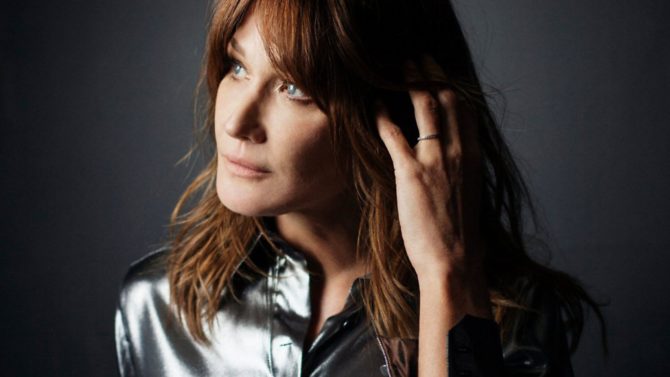 The singer-songwriter and former First Lady of France has released her first original album in seven years, recorded during lockdown and featuring the first song she has written in English

Is there a memory that stands out from your childhood in Paris?

I was seven years old when I arrived in Paris [Carla was born in Italy]. My first impression was that this great big city seemed so romantic and peaceful. I remember how quiet the city was – Paris on a Sunday then was empty but now, Paris on a Sunday is like Paris on a Monday! Times were very different then.

Where is your favourite place to go in Paris?

I love to spend time by the river. Paris has bridges that are so incredibly beautiful and charming; they are full of history and culture and you feel connected to the past. The Pont Neuf is one of my favourites and it leads to a very special place, the Île Saint-Louis, where you can lie on the grass by the river. It’s a lovely place to go in the spring and autumn, and in the summer. And in the winter – actually it’s great all year round, I love it in all four seasons.

Where did you write the songs for your new album?

I wrote them all at home in Paris, six of them before the first Covid-19 lockdown and then nine more during the lockdown. Not having our ‘normal lives’ meant we had a lot of time and it was very conducive for creativity for the whole family. The children were more creative, my husband wrote a book and I wrote my songs.

What influences your song writing?

I’m very much influenced by my emotions, I always have been but was even more so for this album. I can never write from thinking, I can only write from feeling. I felt I was writing from my own life, I always write from some sort of intimacy and something that is connected to me.

Your Lady is the first song you have written in English – what inspired that?

I was going to put it on an earlier album but I already had too many songs and an English cover so I kept it, and after playing it live a few times I got really close to it. I love the song because it’s about impossible love and I like to write about that – I don’t like to live impossible but I’m happy to write about it! Something that can’t happen is very inspiring. English is a beautiful, incredibly strong language for song writing; it has a rhythm and simplicity that makes it very pure.

How did the lockdown in France affect the album?

We had to record it very quickly – usually I would record an album in two to three weeks but we recorded in just six days! We did a lot of the preparation beforehand during the lockdown, speaking regularly on the phone, so when we did get into the studio it was a much faster process and we recorded it as quickly as we could.

What did you enjoy most about working with French producer Albin de la Simone?

It was one of my dreams to work with him and in fact that’s the only regret I have about this album – recording it in just six days meant the time passed so quickly. Making the album with him was such a pleasure, he had a very strong idea about it but at the same time he was very delicate. He was the perfect mix of delicatesse and strength. I loved working with him, he added colour and expression to my songs.

Who is your favourite French singer or musician?

Léo Ferré is one of my idols, I listened to him a lot before writing my album and would encourage anyone else to do the same. He was a special character, a song-writer who wrote incredible songs that take you away from reality while still being very much in reality.

If you could live anywhere in France, where would it be?

I’m very happy here in Paris but I also like nature very much so I could happily live in the countryside or by the sea. Maybe one day.

Sixties sensation Françoise Hardy on her lifetime in music

Previous Article The best places to buy a property in Lot, France
Next Article Why a mobile home in France is the perfect French property